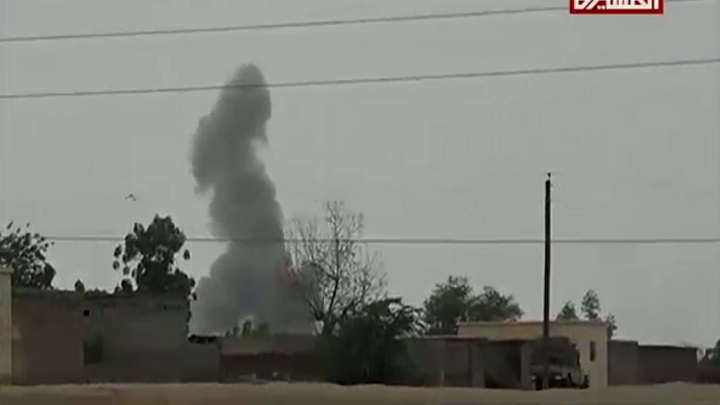 A fresh Saudi American war crime in Hudayda, civilians between dead and injured

Six women were killed and injured in an air raid on a house in Hali district, in a second war crime of the Saudi-led coalition in Hodeida, hours after committing a crime that killed 6 and injured others.

The Saudi-led coalition, backed by the US/UK/UAE, targeted the house of a citizen in Al-Tebia city in Hali district, which resulted in the death of 3 women and injury of 3 others, hours after the death of 6 citizens in 4 raids waged by the coalition warplanes on a residential village based on the road linking between the districts of Tahita and Zubaid.

In a similar context, the Saudi-paid militias launched artillery bombardment on civilian homes on July 7, leading to considerable damage to houses and civilian property.

These crimes committed by the Saudi-led coalition are occurring on an almost daily basis amid the silence of human rights organizations and the international community, who have not taken any serious action to put an end to such atrocities.

The Eye on the West Coast: This is how Americans prepare their presence