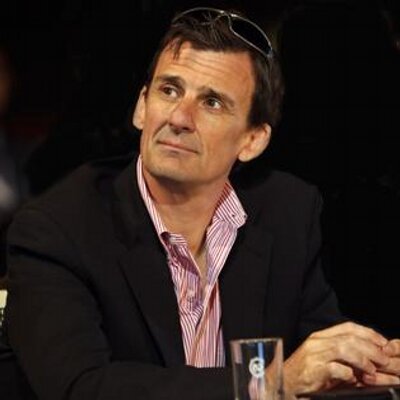 Dancing on a razor’s edge in Yemen

Jamal Khashoggi’s murder has pushed the otherwise forgotten Yemen war to the forefront of the media cycle and congressional policy debates. Newly minted Yemen analysts argue that American military disengagement will push the Saudis and the Yemeni Houthis toward peace and alleviate the suffering of millions of Yemenis. They are wrong.

The Yemen war is likely to grind on for years with a staggering human toll regardless of American military action in the Arabian Peninsula. More than 22 million people are in need of humanitarian assistance, including nearly 18 million people who are food-insecure. Last year, Yemen faced the world’s largest cholera epidemic in recorded history: 1 million people suffering from an outbreak driven by the deterioration of the wastewater management systems as a result of the war, primarily in Houthi-controlled territory.

This suffering is not the result of a “drought famine.” Food, fuel and basic commodities are in the markets, but they are priced out of reach of practically the entire population. When Yemen’s Central Bank nearly collapsed two years ago, the Yemeni Riyal dropped precipitously, causing household purchasing power to plummet and creating more space for warlords to profit.

Yemen is engulfed in multiple concurrent and overlapping wars.These multiple wars are converging along the Red Sea coast at the port city of Hudaydeh, placing at grave risk the future and viability of Yemen and its people.

The mantra heard from the United Nations, Western diplomats and foreign policy think-tankers is that there is no military solution and the only way forward is a peace process which produces a political accommodation among the warring factions.

All warring sides in the Yemen believe on-the-ground military advantage is necessary and possible — and certainly before another round of peace talks. What many Western pundits do not fully appreciate is that all of the combatants regard the ongoing war as an existential battle: Losing, or political compromise, are not favored outcomes.

With no immediate military solution, remote prospects for an effective peace process, an ongoing battle for a major port and an expensive humanitarian response which has no signs of improving, the U.S. has limited leverage to ease the suffering of the Yemeni people.

Realistically, the only play that the Trump administration has in the short term is to work in concert with the United Nations, the Saudis and the Emirates to increase Yemeni purchasing power at the household level (by increasing supply and lowering costs of basic commodities, fuel and medicines) and by stabilizing the currency and increasing household income. Here are four concrete suggestions which are actionable now.

First, the Yemeni Central Bank must “dollarize” the financial system so the U.S. dollar, Saudi Riyal and Yemeni Riyal all become legal, interchangeable currencies in Yemen. The Central Bank must closely partner with the International Monetary Fund to complete its diagnostic assessment and bring the Central Bank fully back into the international banking system. And the bank should institutionalize and expand the use of electronic payments and/or checks through the banking system, to reduce corruption and to allow for financial flows through correspondent banking relationships.

Second, working with the international community, can accelerate the nascent trade facilitation platform for private-sector traders. These traders provide nearly all of the basic commodities in Yemen; humanitarian assistance constitutes less than 5 percent of total imports.

Third, Yemen and its neighbors should open all land and air crossings, as well as all ports, as expansively and efficiently as practicable. No complex crises should rest predominantly on one major access point, as is the case for Hudadyeh port; in addition, they should eliminate all taxes, customs and financial barriers to basic commodity imports.

Fourth, the United Nations, through donor support, should regularize salary payments to teachers and health care workers throughout Yemen — but run those payments through Yemen’s Ministry of Finance and Central Bank with ironclad oversight and accountability.

Blunting the humanitarian crises in Yemen is a security, political, economic and moral imperative. Yet, American leverage to end Yemen’s wars through a negotiated political settlement is limited. The most efficient approach is to improve household purchasing power — but doing so requires a greater market supply of basic commodities, lower commodity prices, a stable currency and improved household income.

This economic strategic approach is not impossible to achieve, even in the midst of ongoing war. These steps could help the Yemeni people re-engage in their economy and, ultimately, create an environment where political accommodation is more likely to succeed.

R. David Harden, managing director of the Georgetown Strategy Group and CEO of Soutkel Inc., served as an assistant administrator at USAID’s Bureau for Democracy.