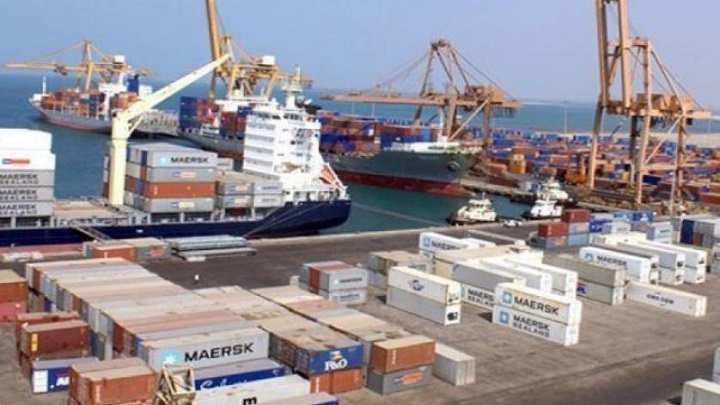 The United Nations World Food Program (WFP) said Tuesday that operations in Yemen’s main port located within the coastal city of Hodeidah had fallen to nearly half in two weeks due to the lack of security in the city as a result of the escalation by the Saudi-led coalition on the port city.

With 70 percent of imports coming through the port of Hodeidah, low shipments of wheat and other supplies will affect food stocks in Yemen, where 14 million people are endangered of famine, WFP said.

“WFP is very concerned about the nearly 50 percent drop in operations in the port of Hodeidah over the past two weeks,” said WFP spokesman Herve Verhoosel.

“Cargo companies appear to be reluctant to call to Hodeidah port because of high levels of insecurity in the city,” he said.

“Any disruption of the port’s operations would hamper humanitarian efforts to prevent famine and increase food prices in the markets, making it very difficult for the majority of Yemenis to provide food for their families,” he said.

He pointed out that the port of Hodeidah had only one ship on Monday, which is “abnormal” in a port with enough capacity to discharge currently seven ships, adding:  “We need to reassure the private sector to say ‘come back to the port’.

More than 50 prominent figures and officials urged the Senate by signing a letter to end US support to the Saudi-led in the impoverished country, Yemen.

The signatories — including two former US ambassadors to Yemen, leading legal scholars, top Saudi Arabia experts, a Nobel Peace Laureate, a former key aide for Secretary of State Colin Powell, and MIT linguist Noam Chomsky — want McConnell and other senators to support a bill that could forever remove US troops from the Yemen war, which will likely be put to a vote on Wednesday.

The lead authors of the letter emphasized that the US support for the war in Yemen is and has been unauthorized by the Congress; thus, it is illegal.

If Trump wants to recommit troops to the war, he would then have to seek authorization from Congress to do so. The US helps the Saudi-led coalition by providing them with intelligence, selling them arms and ammunition, and until recently fueling planes in the conflict that has left tens of thousands dead, and millions more suffering from starvation and disease.

The bipartisan bill invokes the War Powers Resolution of 1973 (WPR), which states that if US troops are involved in “hostilities” abroad “without a declaration of war or specific statutory authorization, such forces shall be removed by the President if the Congress so directs by concurrent resolution.”