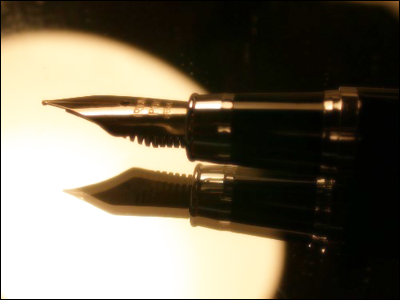 The Historic Antiwar Resolution on Yemen

The Wall Street Journal gets things backwards on Saudi Arabia and Yemen as usual:

But all 49 Democrats voted for it, as did seven Republicans. They had the political luxury of knowing the bill is going nowhere in the House this year. There’s nothing more senatorial than voting for something you know won’t pass and calling it an “historic victory,” as Mr. Sanders did.

The Senate’s passage of S.J.Res. 54 today was historic in several respects. It was the first time the Senate used the War Powers resolution to oppose ongoing U.S. involvement in a foreign war, and it was the first time in decades that the Senate repudiated a war involving the U.S. against the wishes of the sitting president. U.S. support for the war on Yemen has been a bipartisan policy that spans two administrations, but it is such a despicable and outrageous policy that it mobilized a bipartisan coalition to vote to end it.

There are few other issues that could unite Tea Party conservatives, democratic socialist independents, and progressive Democrats in common cause, but the war on Yemen and our role in enabling it have done exactly that. S.J.Res. 54 challenges decades of Congressional acquiescence to illegal presidential war making, and it set a precedent by defining hostilities to mean everything up to and including the refueling of other governments’ air forces in wartime. The WSJ is scoffing at the resolution, but I suspect they are actually terrified of what it portends for the future of Congress’ role in matters of war and the prospects for the success of war opponents in the next Congress. The Trump administration and the Pentagon trotted out all of the usual nonsense arguments in favor of continued U.S. involvement and the Saudi relationship, and the Senate dismissed their pathetic excuses. It would have been easy for most senators to fall in line and take the easier path of deferring to the executive as members of Congress almost always do, but instead they did the more difficult and right thing for U.S. interests and peace in Yemen.

Corker’s resolution was fine as far as it went, but it was not all that useful. It was a non-binding “sense of the Senate” resolution with no consequences for the Saudi government. I have no problem with the Senate pointing the finger at the obviously guilty crown prince for Khashoggi’s murder, but absent any meaningful action it is also just so much play-acting on the part of Republican hawks. They held Mohammed bin Salman to be responsible for the crime, but saying it and doing something about it are two very different things. Corker’s resolution allowed the 41 Republicans who voted against S.J.Res. 54 (including Corker) to act as thought that they aren’t complete pro-Saudi lackeys, but there is nothing easier for a politician than voting for something that he knows won’t have any consequences for himself or anyone else.

The WSJ editors must think they are making a clever point when they say this:

The President who is so often criticized for wanting to retreat from the world and not standing by allies was rebuked for refusing to abandon an ally in a proxy war with Iran.

Accusations of retreat against Trump are ridiculous precisely because he is embracing the Saudis and Emiratis and making every excuse possible to continue U.S. support for their disgraceful war. Of all the “allies” in the world that Trump chooses to defend to the bitter end, he has chosen the worst, most useless client states and their indefensible war. The Saudis and Emiratis are not allies, the U.S. isn’t obliged to aid them in their attack on a neighbor, and governments that commit war crimes and crimes against humanity deserve to be left in the lurch. Trump’s defense of these clients and the war has been a disgrace, and he deserved the resounding defeat that he suffered this week. Next year, we can hope that he suffers more defeats just like it.

The views expressed in this article belong to the author.