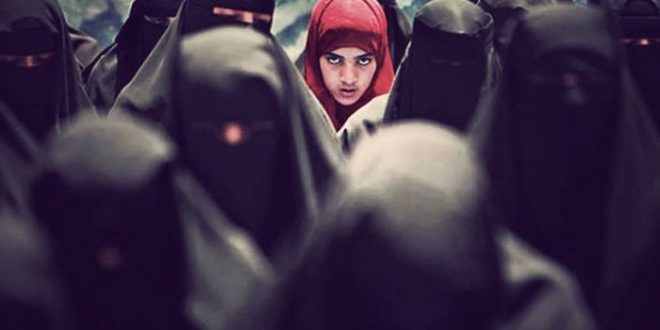 During the past four years,the Saudi-led coalition, backed by the US, and its paid fighters caused incidents of abuse of women in Yemeni provinces , and these attacks have varied from bodily harm to rape, abduction and murder and trafficking of their bodies, especiay in southern provinces, under the control of the coalition’s forces, that witnesse a case of chaos insecurity amid the spread of armed groups of al-Qaeda and Daesh and increasing violations against civil and military figures.

A Yemeni journalist from Lahj province published video footage of paid fighters ,loyal to Shalal Shaye, who is backed by the UAE forces, assaulting women and firing live bullets in order to intimidate them during a clash in the province of Aden, under the control of UAE, main part of the coalition.

“The militias of Shalal Shaye violated everything: religion and land, and are now trying to violate the honour of the people in Aden”, journalist Anis Mansour, Head of Hona Aden Media Foundation, wrote on his Twitter account.The journalist stressed that such a violation of the honour of Yemenis has not happened in this way in any previous age.

“After a long time, women detainees in the UAE prisons began talking about the violence and abuse they suffered,” Safwa Aissa, the Executive Director of the International Center for Justice and Human Rights said, adding that the UAE has secret prisons in Yemen and run by Emirati officials noting that the prisons included women and children.

The coalition’s paid fighters kidnapped a group of women in Tuhaita district of Hodeidah province ,took them who were bringing water to their houses from a well, using the threat of weapons, and then took them to an unknown area.The paid fighters refused to tell the people about the abduction of women, or where the abductees are held.

Activists on social media said that two drunk soldiers belonging to the coalition stormed a women’s wedding overnight in Aden, southern Yemen, confirming that the two soldiers belonging to the security forces in of Al Mualla district, and pointing out that they tried to break into a women’s wedding in al-Hammra restaurants hall in the city of Aden.

The United Arab Emirates (UAE) forces begun recruiting women in the Yemeni island of Socotra and sent them to Abu Dhabi to attend training courses, sources familiar with the issue told YemenExtra, whereas“over 20 girls from Socotra traveled  to the UAE, allegedly attending security, safety and rescue courses,” , expecting that the number would reach more than 100 young women arriving in the UAE in the coming days in batches, noting that the second batch will travel on Thursday, and yet another group next week.

They aso recruited more than 70 women in Hadramout province, east of Yemen, whereas the graduation of the first batch of UAE forces paid fighters women took place in the presence of the representative of the Minister of the Interior of the occupation, Ahmed Balushi.For 10 days, members of the paid fighters women’s received many methods of inspection and house raids.

The ISLAH Party ,loyal to the coalition, in Yemen’s eastern province recently sent a large number of women affiliated to the party to a training camps in remote desert areas.

Nearly 100 women, most of them unmarried, belonging to southern provinces, Ibb and Taiz provinces, were trained on explosive belts in secret camp in a desert area between Marib and Jawf.They (women) have undergone intensive training for 40 days on the use of various kinds of heavy and medium weapons, and security training was focusing on dealing with house-storming operations, thorough inspection, planting of explosive devices and wearing of explosive belts.

Minister of Health and Population, Dr. Taha al-Mutawakil, announced that 3000 women have been killed since the beginning of the coalition’s campaigan as a result of its raids and brutal attacks for more than three and a half years. Minister of Health at the first annual conference of Obstetrics and Gynecology attended by the Faculty of Medicine at the University of Sana’a praised the efforts of the participants in the conference, which aims to exchange experiences and develop the capabilities of Yemeni doctors, stressing that the hopes will remain outstanding on the local cadres, pointing at the same time the importance of scientific outputs of conferences and workshops.

In a separate context on the occasion of World Mental Health Day held under the auspices of the Ministry of Public Health and Population, the Minister of Health stressed that the coalition failed to affect the Yemeni People in its cohesion and steadfastness, stressing that the determination and hardness of the Yemeni People was stronger before the killing machine Saudi Arabia.

The United Nations Population Fund (UNFPA) said that women and girls of childbearing age are at extreme risk, in particular an estimated 90,000 women inside Hodeidah, who would give birth within the next nine months.

UNFPA estimates that among those affected are 750,000 women and girls of childbearing age with nearly 14,000 pregnant women risking complications with immediate danger to their lives if they do not receive urgent life-saving maternal care and medicines.

The detainees’ mothers organized and two protest vigils in the cities of Aden and Mukalla demanding the release of their sons, their husbands, and relatives who have been detained for years.Sources confirmed that during the protests, some women involved in the protest were beaten by UAE-backed forces known as the “elite forces” who tried to disperse women protesters in the city of Mukalla.

The National Women’s Committee called on the United Nations and the international community to take responsibility for the disastrous humanitarian situation in Yemen.

The Committee considered in a statement that the continuation of the crimes of the coalition, the latest targeting of Al-Rabsa neighborhood in Hodeidah province, serious indicator confirms the lack of credibility in dealing with the coalition’s countries. They do not plan to stop the human suffering and violence against the Yemeni People.

Hundreds of women in almost every Yemeni province organised protest rallies to condemn coalition’s war crimes against civilians, denouncing the continuation of suspicious international silence towards the genocide crimes committed by the coalition in Yemen,and stressing on the ongoing support for the battle fronts.

Sayyed Al-Houthi: Coalition’s Gov’t Evades of Sweden Agreement, So We Warn of Any Military Escalation in Hodiedah