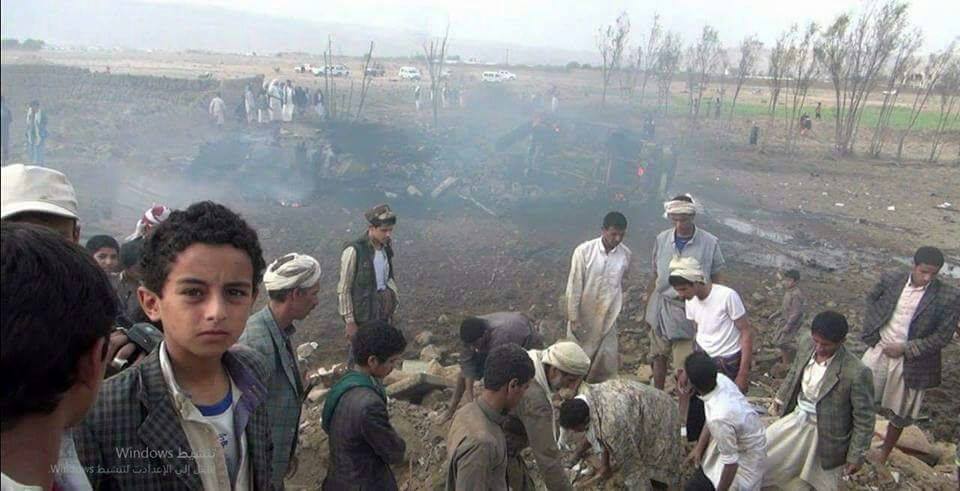 The Republican-led US Senate, on Wednesday, passed a bill ending military support for the Saudi-led coalition in the war against Yemen, which is a break with President Donald Trump’s policy providing unlimited support to the kingdom.

Introduced by Senators Bernie Sanders, Mike Lee and Chris Murphy, the resolution will scale back the US role in and American military assistance for Saudi war on Yemen ahead of the fourth anniversary of the day when the Saudi-led coalition started its campaign against the impoverished nation.

The Wednesday resolution is a rare use of the 1973 War Powers Act, which gave Congress the ability to compel the removal of military forces absent a formal declaration of war. Those powers, created after the Vietnam War, have almost never been used, as lawmakers have demurred from intervening in politically delicate matters of war, peace and support for the troops.

In the latest Saudi attack on Yemeni civilians, nearly two dozen women and a child were killed on Sunday, when Saudi warplanes bombarded residential buildings in Talan village of Kushar district in Yemen’s northwestern province of Hajjah.

“The so-called advocates of human rights not only remain silent in the face of daily killings of women and children in Yemen, but they are also complicit in these crimes by selling weapons to the aggressors,” Iranian Foreign Ministry Spokesman Bahram Qassemi said on Monday.

The Iranian spokesperson added that innocent defenseless Yemeni women and children, who have suffered from years of famine and the consequences of the human tragedy in the country, are falling victim in the most brutal manner to the arms donated and sold to the invaders by some Western countries, but their voice is not heard as long as they are alive.

“Yemen is experiencing the worst humanitarian disaster in the world due to the Saudi-led war,” Sanders tweeted on Wednesday.

“The US has been Saudi Arabia’s partner in this horrific war. Too often, our weapons are being used to kill civilians,” he added.

The findings from the 128-page investigation have reignited the debate on the need for the US and Britain to halt arms sales to Saudi Arabia and its allies.

“Our findings reinforce prior evidence demonstrating that the Saudi/UAE-led Coalition is failing to fulfill its obligations under the laws of war and repeatedly using US weapons in apparently disproportionate and indiscriminate attacks that have resulted in widespread civilian casualties and other civilian harm in Yemen,” the report said.

Delivering a televised speech broadcast live from the Yemeni capital Sana’a on Sunday afternoon, Abdul-Malik al-Houthi said, “The Israeli regime is a partner to the ongoing military aggression against Yemen. Their hostility toward Yemen is intensely reflected in their media reports. The administration of (Israeli Prime Minister Benjamin) Netanyahu is complicit in this onslaught.”

He added, “The scandalous Warsaw Conference — an international gathering organized by Washington in the Polish capital on February 13-14 — was, in fact, a declaration of normalization and partnership with Israel.