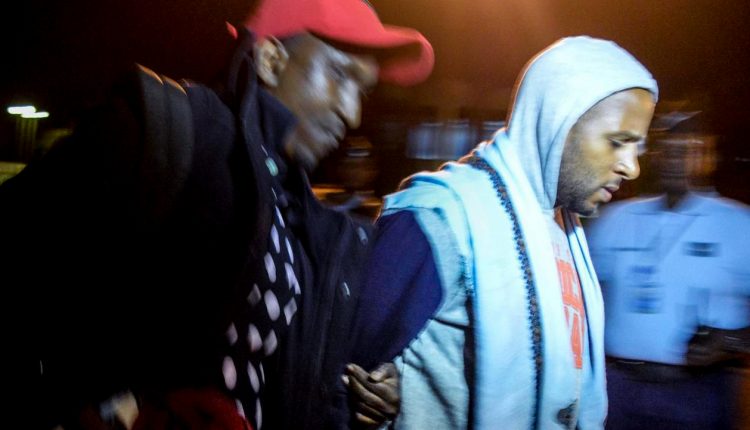 DJIBOUTI — During the four years of war against it, Yemen has been subjected to numerous flagrant violations of its sovereignty by the Saudi-led Coalition, ranging from the occupation of its southern districts to a devastating blockade, not to mention the deliberate targeting and murder of thousands of civilians. Yet often overlooked is the Coalition’s practice of granting Yemeni citizenship to foreign terrorists and stateless people from across the Gulf region, including the ethnic Bidoon, a group of stateless people who were refused Saudi nationality when the Kingdom declared independence in 1932.

MintPress News was able to obtain copies of dozens of confidential documents relating to foreigners of different nationalities who have been granted Yemeni citizenship, including Europeans like 36-year-old French citizen Peter Cherif, also known as Abu Hamza, who was accused of terrorism, as well as other extremists from the ranks of Al Qaeda and ISIS, many of whom were former fighters in Iraq and Syria.

According to one of the documents, Cherif, who is accused of helping to organize the terrorist shooting at the Paris headquarters of Charlie Hebdo magazine in 2015, received an official Yemeni identity under the name of Mohammed Ba Mahzmah, from the Riyadh-allied Yemeni government in Aden. The process was facilitated by Coalition security authorities.

The document — an official cable from Yemen’s ambassador to Djibouti in North Africa, Abdullah Musallam al-Sakhtari — is addressed to “Yemen’s foreign minister,” Khalid al-Yemeni. Al-Yemeni was appointed by the Coalition as Yemen’s minister of diplomacy in the Saudi-allied Yemeni government based in Aden. The document was issued on December 12, 2018. According to the document and as confirmed by Yemeni security sources, Peter Cherif entered Djibouti in September of 2018 through the Abkh district from Aden and carried official documents under the name of Mohammed Ba Mahzmah. Initially, Cherif moved to a Yemeni refugee camp on the outskirts of Abkh before moving to the capital, Djibouti, and settling in the Hayden district in Djibouti’s Bible municipality. He then took up work as a construction worker in the city.

Cherif was arrested in Djibouti on the night of December 16, 2016 in his residence in the Bible municipality. On Saturday evening, December 22, 2018, the Djiboutian authorities handed him over to French authorities, according to documents. His arrest and impending extradition were announced by French authorities on the same day. He is currently serving a seven-year prison sentence in France for his role in the Charlie Hebdo attacks.

On Jan. 7, 2015, brothers Said and Cherif Kouachi gunned down 11 people in the Paris office of the Charlie Hebdo magazine as well as a policeman on a nearby street. In the following days, their associate Amedy Coulibaly killed a policewoman outside Paris as well as four people he took hostage at a kosher supermarket.

Peter Cherif was a close friend of Cherif Kouachi and Said Kouachi, who were placed on a U.S.-designated list of global terrorists for their affiliation with al-Qaeda’s Yemen affiliate, al-Qaeda in the Arabia Peninsula (AQAP).

Cherif is one of dozens

Peter Cherif is just one of the dozens of foreigners who have been granted Yemeni citizenship by the Coalition-allied Yemeni Passport Authority, under pressure from high-ranking leaders in Saudi Arabia and the United Arab Emirates.

Most of those granted Yemeni citizenship have been al-Qaeda and ISIS fighters who recently fled Iraq and Syria and still retain their original citizenship documents from their countries of origin in Europe and elsewhere, according to Yemen security sources in Sana`a.

Cherif, who played a crucial role in the Paris attack, had his travel to Yemen facilitated by the Saudi Coalition. Once in the country, he received training at a military camp run by one of the many Coalition-allied mercenary groups operating in southern Yemen.

Yemeni officials, who spoke on the condition of anonymity owing to the sensitive nature of the topic, told MintPress that the Coalition has worked to grant Yemeni nationality to foreign Islamic fundamentalists from the battlefields of Syria in coordination with intelligence agencies, often by obtaining their birth certificates.

One official went on to say that the imported fighters are training to carry out attacks on civilian targets and not to fight against the Houthis, the Coalition’s primary enemy in Yemen.

According to officials, the Coalition is granting Yemeni citizenship to the ethnic Bidoon, a group of stateless people indigenous to the Arabian Peninsula who were refused Saudi nationality when the Kingdom declared independence. Documents show Yemeni passports and an identity card belonging to Kuwaiti Bidoon.

The lack of citizenship and protection of the Bidoon, who have been residing in the Gulf for over 50 years without any official documents, is an important humanitarian issue which has been an embarrassment to Gulf regimes. Granting them Yemeni nationality could act as a quick solution for these countries and explains the Coalition’s push to grant them Yemeni citizenship.

Ahmed AbdulKareem is a Yemeni journalist. He covers the war in Yemen for MintPress News as well as local Yemeni media.

Yet a Fresh Massacre in Hodeidah, Multiple Civilians Killed or Wounded

April 2: Saudi Crimes and Violations in Yemen on a Daily Basis