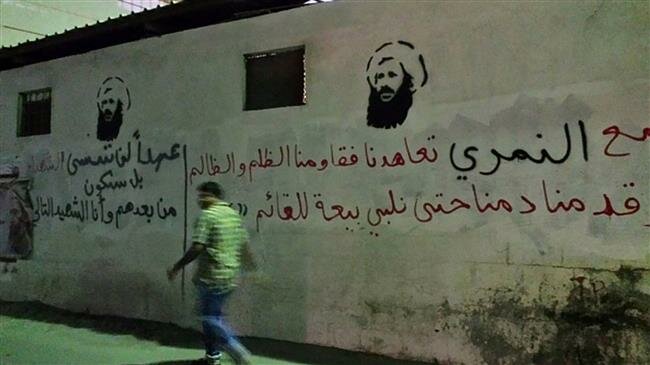 A US government commission has called Saudi Arabia — a close ally of Washington — one of the world’s “worst violators” of religious freedom, citing the Riyadh regime’s discrimination against Shia minorities, non-Muslims, women and prisoners of conscience.

In its 2019 report released on Monday, the US Commission on International Religious Freedom (USCIRF) listed Saudi Arabia in its tier one category of the states which merit designation as a “country of particular concern” or CPC.

The US State Department first designated Saudi Arabia a CPC in 2004, but it has granted an indefinite waiver to Riyadh since 2006.

The USCIRF recommended that the US State Department re-designate the kingdom a CPC under the International Religious Freedom Act (IRFA).

“Shia Muslims in Saudi Arabia continue to face discrimination in education, employment, and the judiciary, and lack access to senior positions in the government and military,” the survey said.

It also noted that during a USCIRF visit to Saudi Arabia’s mainly Shia-pupulated Eastern Province, certain Shia Muslims had reported harassment and invasions of privacy by the regime’s forces.

The report further complained about restrictions of non-Muslims living in the kingdom.

“Saudi Arabia is the only Muslim country with such an extensive system of guardianship, which places severe limitations on women’s religious freedom and human rights,” it added.

The survey also raised concerns about the situation of Saudi Arabia’s prisoners of conscience and the government’s failure to address the intolerant language in official textbooks inciting hatred and violence toward non-Muslims.

The report said, however, that the administration recommends renewing a waiver for Saudi Arabia as required in the “important national interest of the United States.”

It was published before Saudi Arabia’s brutal beheadings of its 37 nationals, which sparked widespread condemnations.

The commission later reacted to the mass execution in a statement on Friday, saying the US State Department “must stop giving a free pass” to Saudi Arabia and urging the government to lift the waiver.

USCIRF Chairman Tenzin Dorjee said in the statement, “The Saudi government’s execution of minority [Shia] Muslims on the basis of their religious identity and peaceful activism is not only shocking, but also directly contradicts the government’s official narrative of working toward greater modernization and improving religious freedom conditions.”

Among other issues that have tarnished the image of the Saudi royal family is the state-sponsored killing of dissident journalist Jamal Khashoggi in October 2018.

Riyadh has also been under scrutiny over the crimes it has been committing during its US-backed military campaign against Yemen.

Addressing his supporters in Wisconsin on Sunday, Trump indicated that he would remain a steadfast supporter of the Saudi regime, largely due to Riyadh’s purchases from US companies.

“They have nothing but cash, right?” he told the crowd. “They buy a lot from us. $450 billion they bought.”

“You had people wanting to cut off Saudi Arabia … I don’t want to lose them,” he added.