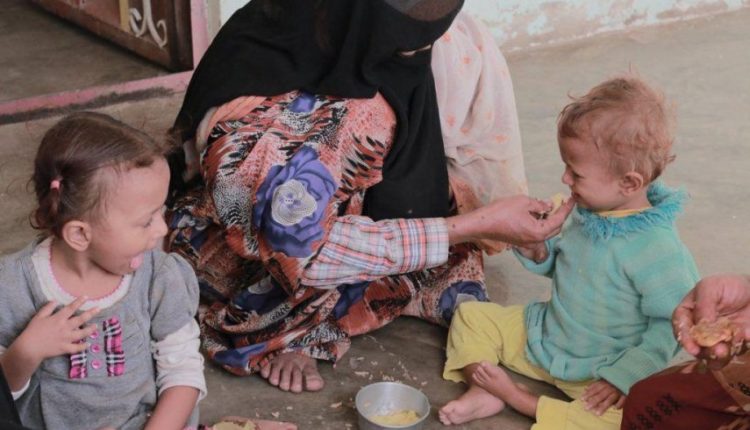 Airstrikes and armed clashes continue in Yemen, particularly in western areas such as Hajjah, Sa’ada, and Tai’zz. In addition to ongoing conflict in northern areas, the Civilian Impact Monitoring Project (CIMP) reports that in the last week of March and early April, fighting has escalated in northern Ad-Dali, particularly Murays district.

Fighting, shelling, and airstrikes continue to displace populations in conflict areas. For example, Médecins Sans Frontières (MSF) reported that heavy fighting in Hajjah governorate displaced more than 18,000 people to Abs district and nearby areas of Al Hudaydah governorate in early April. In addition, 2,000 households were also reportedly displaced in Ad Dali between March 23 and April 10, 2019.

The Yemeni Rial has appreciated slightly in recent weeks, reaching approximately 516 YER/USD in early April 2019, compared to 579 YER/USD in February 2019. The recent increase in value of the Yemeni Rial has reportedly been driven by Saudi Arabia’s pre-approval for the withdrawal of approximately $70.2 million (USD) of the $2 billion Saudi Arabia deposited in the Central Bank in Aden. According to the agreement with Saudi Arabia, the recent withdrawal in funds will be used to pay some salaries, including those of soldiers of Yemeni soldiers “in areas under the control of the recognized government.”

According to OCHA, fuel imports between January-March 2019 increased by 8 percent compared to October-December 2018, but are only sufficient to cover approximately 30 percent of monthly needs. In addition, DFID reports that average monthly fuel imports between January and March 2019 increased slightly compared to the last three months of 2018, from approximately 356,492 MT to 363,915. Recently, the Central Bank in Aden recently announced a new policy that would allow fuel importers to make payments in Yemeni Riyals rather than foreign currencies (which will be supplied by the banks), which in some cases could facilitate future fuel imports.

According to WFP’s Market Watch for February 2019, the availability of all basic commodities improved on markets in Yemen during February 2019. Wheat flour was reported as “available” (the highest of five rankings) in 21 governorates, with the exception of Soqatra where it was “sparsely available” (the third highest ranking). In Soqotra, market demand has reportedly been low due to ongoing provision of humanitarian assistance. In Al Hudaydah, wheat flour was rated as “available” during February and March, an improvement from 3 months prior when it was rated as “widely available.”

Wheat flour prices have remained generally stable in recent months at well above-average levels across most markets in Yemen. According to WFP price monitoring in March 2019, on the major import and consumption markets of Sana’a City, Aden, and Al Hudaydah, wheat flour prices remained approximately 260–290 YER/kg, which is 85 to 130% higher than pre-conflict levels, and approximately 40% higher than in March 2018.

As part of this survey, Save The Children also collected data on household food consumption and livelihoods coping. According to the food consumption indicators, food insecurity was most severe in highland areas, where approximately 29 percent of households had a Food Consumption Score indicative of Crisis (IPC Phase 3) or worse, compared to 13 percent and 10 percent in lowland areas and Ta’izz City, respectively. According to the reduced Coping Strategies Index (rCSI), 13 to 15 percent of households in each of the lowlands, highlands, and Ta’izz City areas are facing outcomes in line with Crisis (IPC Phase 3), with small percentages (3% or less) facing more severe outcomes. A Livelihoods Coping module indicated that a higher percentage (15%) of households in lowland areas were engaging in crisis or worse levels of livelihoods coping, compared to highland (8 %) and Ta’izz City (9%) areas. However, it is possible nutrition and food security outcome indicators would suggest worse outcomes if assistance had not been provided prior to and during data collection.

Disease outbreaks in Yemen remain a significant concern, with sharp increases in cholera caseloads reported in 2019. Approximately 137,736 cases of cholera were reported in Yemen between January 1 and March 24, 2019, according to the Ministry of Public Health and Population, compared to approximately 61,000 cases in the same period last year. Nearly 25% of the reported cases are children under the age of five years old. OCHA suggests that recent increases in suspected cholera cases are possibly linked to early rains, increased awareness among the population to seek testing and treatment, and enhanced disease surveillance. Moreover, fuel shortages are severely limiting water availability, and as cholera is linked to poor water sanitation and hygiene, further increases in the cholera caseload are possible. Meanwhile, significant measles, dengue fever, and diphtheria outbreaks continue, with nearly 6,000 measles cases reported between January 1 and March 24, 2019.

The assumptions used to develop the most likely scenario for the Yemen Food Security Outlook for February to September 2019 remain unchanged.

Under the most likely scenario between April and September 2019, humanitarian food assistance will continue, and large areas will remain in Crisis (IPC Phase 3), while Hajjah and Sa’ada will remain in Emergency (IPC Phase 4). While agricultural harvests will take place between July and September 2019 in the Central Highlands and the Eastern Plateau zones, these harvests are not expected to significantly improve food security outcomes at the area level, given the small-scale nature of cereal production in Yemen and the fact that these harvests will be below average due to a lack of availability and/or access to inputs and limited access to fields in conflict zones. As humanitarian food assistance is expected to continue protecting food consumption for many food assistance beneficiaries through late 2019, many areas of western Yemen areas are expected to remain in Crisis (IPC Phase 3!). Despite ongoing assistance, Hajjah and Sa’ada are expected to remain in Emergency (IPC Phase 4), while food security in Al Mahrah will be Stressed (IPC Phase 2).

In the event significant declines in commercial imports below requirement levels and a prolonged, sustained disruption to imports through Al Hudaydah and Salif ports were to occur in a worst-case scenario, Yemen would face a risk of Famine (IPC Phase 5), given that the other ports in Yemen have limited offload and storage capacity and that the potential for overland trade to offset the decline in maritime imports is extremely low. The prospect of collapse of the peace agreement of Al Hudaydah and increased conflict that could damage port facilities at Al Hudaydah and Salif ports is also very concerning. These ports are the entry point of about 70 percent of all food imports into Yemen. Given that imports by humanitarian actors likely make up less than one quarter of total formal cereal imports into Yemen, it is very unlikely that the humanitarian community or overland imports from neighboring countries would have the capacity to fill the very large import gaps that would exist in this scenario.