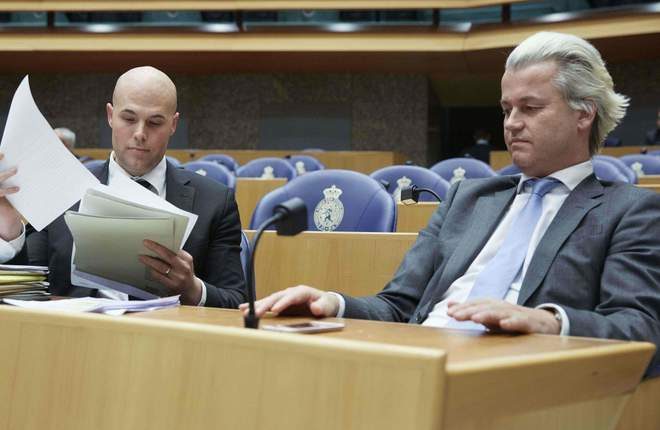 A Dutch MP who was formerly a member of anti-Islam politician Geert Wilders‘ far-right party has announced he has converted to Islam.

Joram van Klaveren had denounced Islam as “a lie” and said “the Quran is poison” during his time as a politician for the Freedom Party (PVV).

However, the 40-year-old has now said he had become a Muslim while writing what was intended to be an anti-Islam book.

“During that writing I came across more and more things that made my view on Islam falter,” he told Dutch TV show NieuwLicht.

Mr Wilders compared his former right-hand man’s conversion to “a vegetarian going to work in a slaughterhouse”, RTL TV reported.

Mr Van Klaveren was an MP for the PVV between 2010 and 2014, but left after Mr Wilders asked supporters if they wanted fewer Moroccans in the Netherlands during a rally in 2014.

When the crowd shouted back “fewer”, Mr Wilders smiled and answered: “Then we’ll fix it.” He has since been convicted of inciting hatred and discrimination.

In an interview with Dutch newspaper NRC, Mr Van Klaveren said his comments about Islam were “simply incorrect”.

He added: “But that was PVV policy: everything that did not work had to be linked to Islam in one way or another.”

Mr Van Klaveren’s book, which he initially intended to be anti-Islam, will now be called Apostate: From Christianity to Islam in the Time of Secular Terror.

Amid Economic Struggle and Starvation, Yemen Is Facing War of Another Kind!