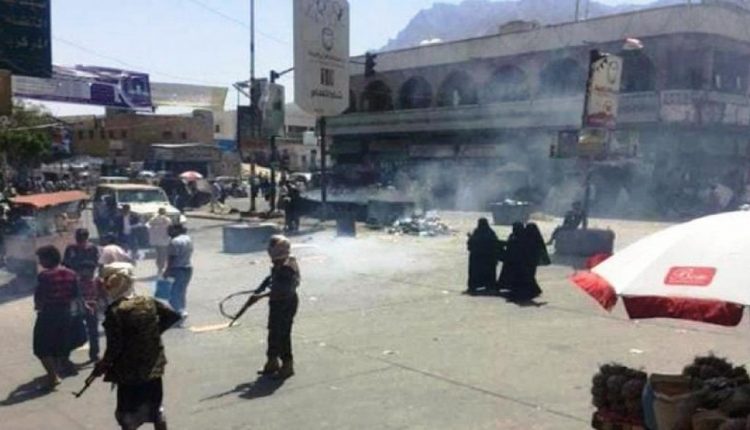 Taiz has been witnessing violent confrontations between Salafist paid fighters led by Abu Abbas and Islah party paid fighters led by the city’s security, following which hundreds of families have been displaced from the city to Sanaa run by the Supreme Political Council, seeking a safe place to stay.

Unknown gunmen late assassinated two soldiers from the so-called “22nd Mika Brigade” loyal to Saudi-led coalition, backed by the US, in the city of Taiz.

Unknown gunmen opened fire on the two soldiers, who are brothers Mohammed Saleh and Ahmed Saleh, at Al-Kahraba crossroads next to Yemen News Agency’s headquarters in central of the city, killing them immediately, according to sources.

The incident comes hours after the dismantling of two explosive devices placed among the piles of garbage next to Al-Modhaffar Hospital in the old city of Taiz.

The Yemeni security forces seized on Thursday two trucks of the UN of the World Food Programme (WFP) carrying 1,600 bags of expired flour in the province.

According to the official, staffs of Standards and Metrology Authority in the province proved that the expired flour and is not suitable for the human use due to the spread of insects and larvae into it.

Informed security sources reported that a checkpoint belonging to Islah party’s militias in Thabab area has arrested a terrorist of an Arab origin . The terrorist is an Algerian, named Mohammed Abu al-Qasim, who was arrested while trying to enter the city of Taiz from Aden.