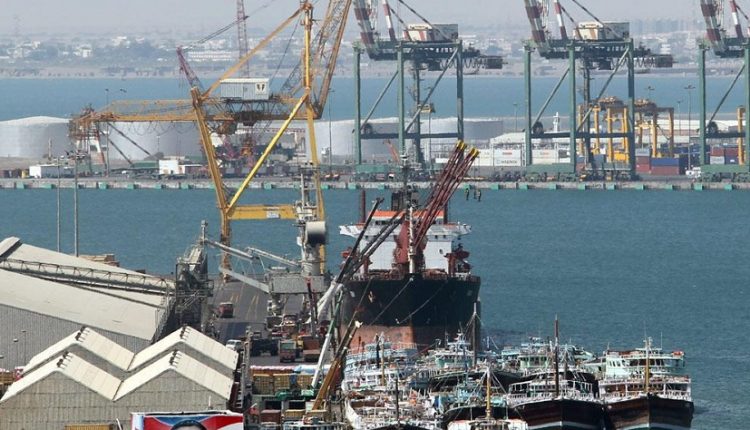 The Yemeni conflict developments continue as on the one hand the United Nations envoy to Yemen Martin Griffiths has stepped up efforts to revive and implement the Stockholm peace deal on Hudaydah port and on the other hand Ansarullah and army forces of Yemen are engaged in newly escalated clashes with the forces and mercenaries loyal to the resigned President Abd Rabbuh Mansour Hadi as well as the Saudi-Emirati coalition that has been involved in a military campaign against the Arab country since March 2015.

According to a UN announcement on Friday, Ansarullah movement, the key force fighting the Arab alliance and in charge of the revolutionary administration in the capital Sana’a and other major provinces, agreed to unilaterally remove its forces from the main ports of the country. The UN statement added that the voluntary withdrawal will be from the three ports of Hudaydah, Salif, and Ras Isa.

The UN released a statement on the move, welcoming it and saying that it will be first serious step towards cessation of fire in the country. It emphasized the need for the warring sides to take clarifying measures within the mechanism of the Stockholm agreement.

Ansarullah decision at the time being is quite tactical and smart because on the one side it will expose to the world the frequent violations of the opposite side in the process of the agreement implementation and on the other side accentuate its constructive role in the peace process as a reliable actor keeping its commitments. The movement seriously needs to disclose the Saudi-led coalition’s treacheries in the deal implementation. After the failure of the retreat and ceasefire deal, reached in mid-April between the two sides’ negotiators, Riyadh and its Western allies labeled the Yemeni resistant movement as the factor foiling the pro-peace efforts.

Hudaydah and Saif ports are located in the north of the southern province of Hudaydah and are the only lifelines taking in food and medical aids from the outside world amid a choking land, sea, and air siege imposed by Saudi Arabia and the UAE since 2015. Ras Isa sea terminal is mainly used to import fuel to the highly-impoverished nation. The terminal hosts an oil storage with capacity of 5 million oil barrels and is connected to an oil refinery.

With regard to the significance of the three ports as the major lifelines to the heavily-suffocated Yemeni economy, the coalition states along with their Western backers have embarked on a strategy of economic pressure and blockade to force Ansarullah to abandon its resistance. If the Stockholm deal is implemented, the aggressors will find their only hope of winning a costly war of attrition totally shattering. Ansarullah seems to pave the way for this. With declaring a unilateral withdrawal from the key ports, it will give itself some room to put strains on the invaders using the UN, Security Council, and the global public condemnation.

Mohammed Ali Al-Houthi, the head of Yemen’s Supreme Revolutionary Council, said that “the Yemeni people, their leaders, the army, and the popular committees proved their commitment to peace by the unilateral withdrawal from the ports.” He urged the world community to take measures against the parties that set up obstacles ahead of the Stockholm peace accord’s implementation.

The international pressures have been mounting over the past few months on the Arab alliance members and their Western arms providers to end the “inhumane” blockade on the Yemeni civilians that over the past five years caused a major humanitarian crisis marked by famine, impoverishment, and diseases spread. The World Peace Foundation, affiliated with the University of Tufts, suggested that the humanitarian crisis was instigated by the bombing campaign of the coalition and the economic crisis in the already-suffering nation.

But from another side, the Ansarullah-led popular forces and the army have been advancing in other southern fronts like in Dhale province along with the pullout from the three ports, proving that contrary to the Western-Arab media, Ansarullah’s power is far from declining and the withdrawal is just a tactical step and is not motivated by pressure and force.

While on Friday the Hadi loyalists in a statement announced launching an operation to cleanse Dhale, Maris, and Al-Sanah, the recent strong response to the opponents by Ansarullah and its allies remind of the fact that the movement is pro-peace and committed to its promises. While it holds the power to deal blows to the aggression forces, the movement seeks to avoid further war and bloodshed in the country.

UAE presence in Yemen forces Yemenis to suffer from this!