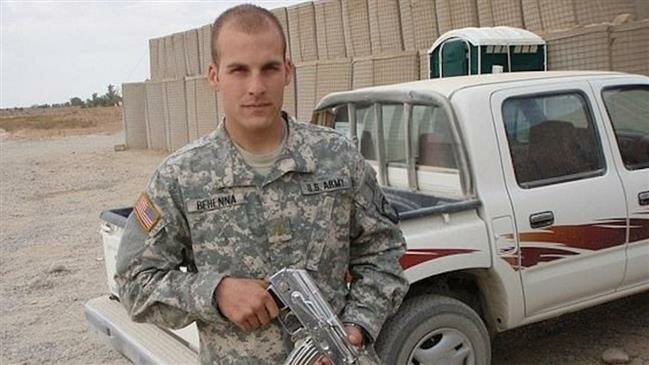 US President Donald Trump has asked for immediate preparation of paperwork required to pardon several American troops convicted or accused of war crimes – including premeditated murder, attempted murder and desecration of a corpse, a report reveals.

The requests are for Special Operations Chief Edward Gallagher of the Navy SEALs, who is facing a trial in the coming weeks on multiple charges of shooting dead unarmed civilians and killing an injured enemy captive with a knife while deployed in Iraq, The New York Times reported Saturday.

According to the report, the requests are also believed to include the case of a former Blackwater security contractor recently found guilty in the deadly 2007 shooting of dozens of unarmed Iraqis; the case of Maj. Mathew L. Golsteyn, the Army Green Beret accused of killing an unarmed Afghan civilian in 2010 and the case of a group of Marine Corps snipers charged with urinating on the corpse of a dead Taliban militant.

Citing two unnamed US officials, the daily reported that the requests suggest that Trump is considering pardons for the American war criminals “on or around” the upcoming Memorial Day later this month.

The White House sent requests on Friday to the Justice Department’s Office of the Pardon Attorney, which alerted the military branches, according to one senior military official cited in the report.

Pardon files include background information and details on criminal charges, and in many cases include letters describing how the person in question has made amends.

The official added that while assembling pardon files typically takes months, the Justice Department emphasized that all files would have to be complete before Memorial Day weekend, because the president planned to pardon the men then. A second official confirmed the request concerning Chief Gallagher.

The daily noted that most of the criminal troops who are positioned for a pardon have been championed by conservative lawmakers and media organizations, such as Fox News, which have portrayed them as being unfairly punished for trying to do their job. Many have pushed for Trump to intervene.

The report also cited legal experts to point out that “pardoning several accused and convicted war criminals at once, including some who have not yet gone to trial, has not been done in recent history.” Some worried that it could erode the legitimacy of military law and undercut good order and discipline in the ranks.