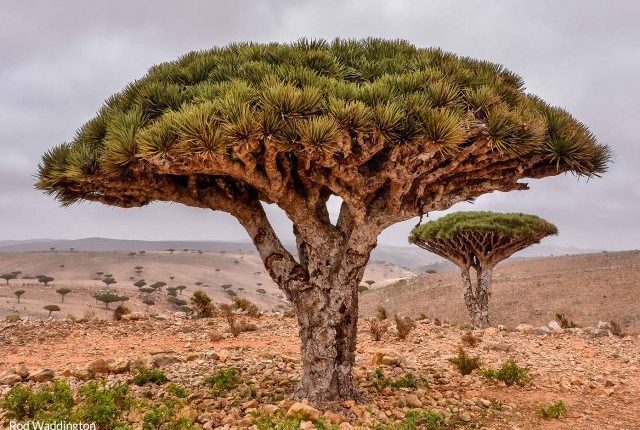 The reason of UAE actively presence in Socotra

Governor of Socotra Island province, appointed by the exiled Hadi, warned the UAE, main part of the Saudi-led coalition, backed by the US, paid fighters against interference in the local authority affairs in the province.

The governor accused the UAE paid fighters of carrying out suspicious agendas that do not serve the country and destabilize the public tranquility, stressing the need to activate the security and military services to play its role in maintaining the security and stability of Socotra society and its social fabric.

At a celebration on the 29th anniversary of the unification of Yemen on May 22, 1990, the governor said that the local authority would not accept any military formations or security belts and elites on the island.

The UAE/Saudi forces continues its efforts to bring the island of Socotra into chaos and fighting like other Yemeni southern provinces.

The exiled Hadi government in early May accused the UAE of sending more than 100 troops to the island.

The UAE government admitted that it has recruited scores of women of Socotra Island and trained them in its camps in Abu Dhabi as part of its efforts to occupy the Yemeni island.

According to Emirati media, 40 women from Qatar arrived at Socotra Airport, in the archipelago’s capital city of Hadibu, after they participated in a training program, claiming it was aimed at keeping the peace.

“The course lasted for three months,” the Emirati newspaper said.
The trainees received a number of security courses as part of the UAE’s ongoing efforts to recruit women as loyal security forces, far from the official security apparatus.

Head of the General Authority for the Protection of the Environment Abdel-Qader al-Kharraz said that United Arab Emirates forces tried to spoil and get rid of an environmental diversity in a Socotra Island.

Al-Kharraz said in a press statement during his visit with the UN experts to Socotra archipelago that the UAE ship arrived at the archipelago carrying dangerous and detrimental plants.The statement added the plants have a harmful impact on biological diversity of the archipelago.

A Yemeni activist revealed new movements by the UAE to impose its control over the Yemeni Socotra Island.

“The UAE, with its hypocrisy, arrogance and agenda, has become clear in the game of seizing the Yemeni Socotra and exploits needs of the families there to buy their loyalty with money and charity,” said Ahmed Balhaf, a media activist, said in his Facebook page.

According to local sources, the governor warned the UAE of a activity and conspiracies carried out in Socotra archipelago that aim at taking over the Island , which is classified as the World’s Heritage Site.

“I will not allow presence of troops the so-called of “security belt” on island as long as I am a responsible for the island,” the governor added.

Citizens in Yemen’s Socotra Province will be part of the UAE and will be granted citizenship without any request,” a UAE spokesman said, pointing out that this matter has been completely settled.

The Emirati spokesman, whose name was not revealed, described the relationship between his country and Socotra as historical.

The island of Socotra has so far escaped largely unscathed as civil war rages on mainland Yemen, but the foreign powers bringing aid and infrastructure to the impoverished region could threaten its unique ecosystem, BBC reported .

According to the report, Socotra has become part of the regional power Struggle.

Socotra’s culture and its ecology are unique. They developed near isolation from mainland Yemen over the centuries.

The United Nations Office for the Coordination of Humanitarian Affairs (OCHA) in Yemen said that the people of Socotra Island are at risk of hunger as a result of the cyclone that hit the Island late May.

Socotra, home to some 60,000 people, located near Somalia in the Gulf of Aden, is protected by the United Nations cultural agency UNESCO.

Reports have suggested that the UAE has been actively cementing its presence in Socotra since the very beginning of the Saudi-led war on Yemen in 2015.