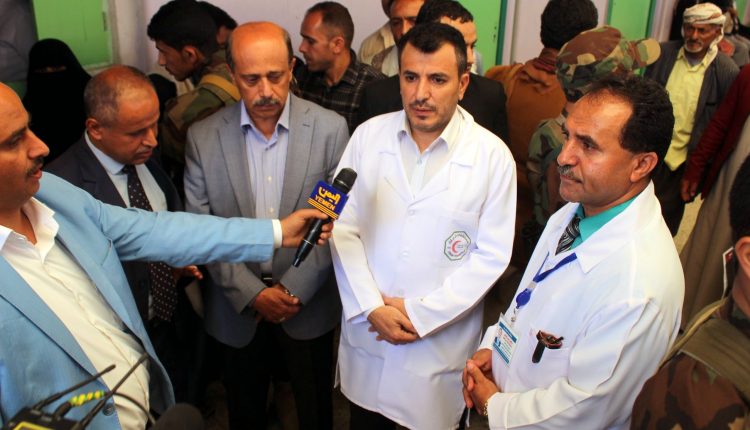 Yemen’s Health Minister Taha al-Mutawakil on Monday held the U.S. regime the full responsibility for the Monday’s crime being committed by the Saudi aggression airstrikes against the Yemeni citizens in Saada province.

Al-Mutawakil said in a statement that” the Saudi aggression regime commits the crimes and the massacres against the Yemeni people through the ongoing support and encouragement by the United States to target civilians.”

“There are more than 10 dangerous cases wounded by the Saudi airstrikes on al-Thabet market in Qatber district of Saada province,” al-Mutawakil added.

The ministry affirmed that the international humanitarian organizations working in Yemen have not responded yet to the ministry’s appeals to do help for transferring injured people.

He said that dozens of the wounded transferring from the crime scene to Republican Hospital are in a difficult situation because of the shortage of the medical supplies and the health centers that destroyed by the aggression.

Earlier in the day, the Saudi aggression fighter jets waged a series of strikes on al-Thabet market in Qatber district of the province, killing 14 citizens and injuring dozens.

Al-Ajri: The Saudi-led coalition looks at Yemen as Israel does to Palestine