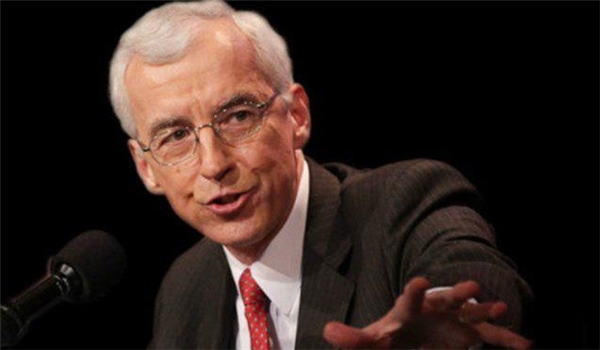 Paul R. Pillar, a retired CIA officer, says the UAE has come to recognize that its military cooperation with the Saudis in war on Yemen has failed to make any achievement.

Speaking in an interview with FNA, Pillar, who is now a nonresident senior fellow at Georgetown University’s Center for Security Studies, said, “There was no sign that the Houthis were being militarily defeated.”

Below is the full text of the interview:

Q: Why has the UAE decided to retreat from Yemen? Does this withdrawal mean the Emirates defeat and failure?

A: Quite simply, the UAE recognized that the military intervention in Yemen was not accomplishing anything. There was no sign that the Houthis were being militarily defeated. The wars costs were adding up without comparable results. The Emiratis also no doubt took notice of how the Saudi-led war in Yemen was coming under increasing criticism in the United States. Insofar as Iran, as a backer of the Houthis, is as another factor in the war, the UAE move probably also reflects a judgment that constantly increasing tension with Iran is in no one’s interests.

Q: Saudi Arabia and the United Arab Emirates have started developing differences over Yemen. What do you think is their most important difference?

A: There are several differences in how the two allies were conducting the war and relating to factions inside Yemen. The Saudis were operating mostly in the air, while the Emiratis had more of a presence on the ground. The UAE has been more closely allied with Southern secessionist elements than the Saudis ever were. But probably the most important difference is that the war is closely identified with Saudi leader Mohammed bin Salman as his personal project, in a way that it never was identified with leaders of the UAE.

Q: Does the UAE retreat from Yemen mean neglecting Saudi Arabia and its agenda?

A: There will still be an alliance between Saudi Arabia and the UAE. Mohammed bin Salman has close relations with UAE leader Mohammed bin Zayed. Expect to see some continuing differences in policy emphasis, however, including in dealings with Iran. Saudi Arabia will be more of an anti-Iranian hardliner than the UAE.

Q: Why does Saudi Arabia insist on continuing the war on Yemen despite its failure in this war of attrition?

A: Mohammed bin Salman cannot just pull out of Yemen as the UAE is doing without suffering a considerable loss of face, due to how much he is personally identified with the war. He will look more than before, however, for some sort of negotiated settlement that would allow Saudi Arabia to get out.

Al-Houthi: The aid will be distributed in cash soon