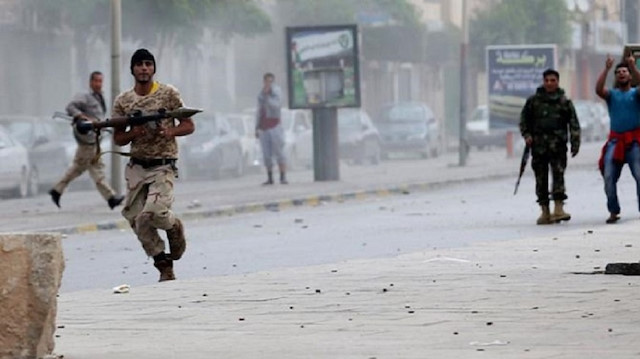 A leading Arab newspaper underlined that the recent developments in Yemen, especially Aden, show that Saudi Arabia and the UAE are stepping towards a proxy war.

“The UAE’s withdrawal from Yemen was not coordinated with Saudi Arabia. The current war in Yemen and vice president of the so-called Southern Transitional Council Sheikh Hani Ben Brik’s order to put his forces on alert to expel the loyalists to fugitive Yemeni President Mansour Hadi from the city indicate that relations between Abu Dhabi and Riyadh are rapidly moving towards hostility and a proxy war.

The UAE has trained 90,000 Yemeni agents to separate the Southern parts of Yemen from the country,” the Arabic-language al-Ray al-Youm wrote on Saturday.

The paper stressed that the Saudi government now faces limited options as the war in Yemen has entered difficult stages, noting that Riyadh’s position will weaken in any talks with Ansarallah if the war prolongs more.

“The Arab coalition (against Yemen) is also collapsing,” it added.
Amid a widening rift in the Riyadh-led military coalition waging war on Yemen, new reports are recounting that the port city of Aden, which bases the ex-government of the war-ravaged country, has been rocked by deadly clashes between the UAE-backed separatists and Saudi-backed militants.

According to reports, the infighting broke out Wednesday after the Southern separatists attended a funeral for dozens of fellows, including a senior militant commander, who was killed in last week’s retaliatory missile attack by Yemen’s Ansarullah movement on a military parade.

Both the UAE-backed separatists and the militants loyal to the former Saudi-allied Yemeni government serve the Riyadh-led coalition, which has been engaged, since 2015, in a bloody military campaign against Yemen aimed at reinstating ex-president Abd Rabbuh Mansur Hadi, who resigned in 2014 and later fled to the Saudi capital.

During the funeral, the mourners chanted slogans against the self-proclaimed Hadi administration and exchanged gunfire with the guards at the presidential palace in Aden, where Hadi was supposed to be based but which remains largely empty as the ex-president lives in Riyadh.

The two sides pursue different agendas for Yemen’s future; the separatists want independence from Yemen, while the other militants seek to bring Hadi back to power, but the two camps have joined forces in the Saudi-led battle against Yemen’s Houthi movement, which has been both running state affairs and defending the country against the aggression.

Brik called for a march on Hadi’s palace to oust his administration.
“The people of the south are all on the street. This is a movement by the people that cannot be stopped, except with the government’s downfall,” noted mourner Abdelhakim Tabaza.

Presidential guard Brigadier General Sanad al-Rahwa told al-Masdar Online news website that his forces had clashed with armed groups, who were trying to storm the presidential palace and the central bank.

Ties between the pro-Hadi side and the UAE-sponsored militants have grown increasingly tense over several issues, including what the Yemenis view as Abu Dhabi’s intention to occupy Yemen’s strategic Socotra Island and gain dominance over the major waterways in the region.