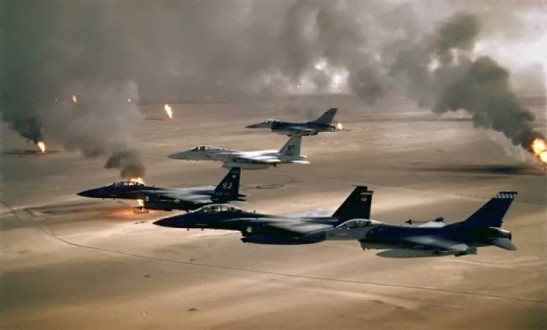 At least 15 air strikes hit Sana’a, the capital of Yemen

In Sanaa province, two airstrikes were waged on Sanhan district and three on Aswad mount near Aser area, the source reported.

It is noteworthy that coalition aircraft launched on Monday 15 air strikes on a number of populated areas in Kutaf and Majz districts of Saada province, northern Yemen.

Despite the coalition claims that it is bombing the positions of Ansarullah, Saudi bombers are flattening residential areas and civilian infrastructures.

Four years and over 600,000 dead and injured Yemeni people and prevented the patients from travelling abroad for treatment and blocked the entry of medicine into the war-torn country, the war has yielded little to that effect.‏

The Saudi Coalition Is Tearing Itself Apart

The Saudi-UAE confrontation , a wearing-away of Saudi Arabia’s coalition in southern Yemen