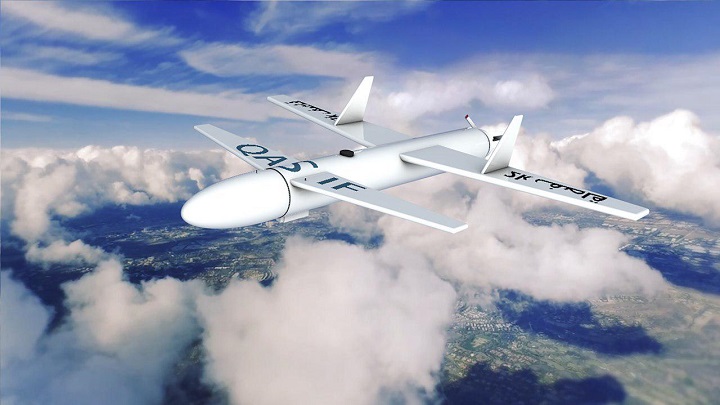 What happend for the first time at Saudi Arabia by Yemenis !

Yemeni army forces have for the first time used military operations of domestically-manufactured Sammad-3 (Invincible-3) combat drones , Qasif 2K, and missiles to strike Saudi Arabia, a main part of the Saudi-led coalition, backed by the US.

The Yemeni army on Monday launched drone attacks on a military target in Saudi Arabia capital of Riyadh, the army spokesman, Yahya Sarea said in a statement, adding that the Sammad-3 drones targeted the military target in Riyadh accurately.

The operations come within the framework of expanding the circle of targeting coalition’s countries in response to their crimes and the ongoing siege, read the statement.

Sarea renewed call for civilians and companies to stay away from military and vital sites as they have become legitimate targets for the Yemen army.

They renewed its raids on Monday at King Khalid Air Base in Khamis Mushait in Asir, in a second attack targeting the base in hours.

The Armed Forces spokesman said in a statement that “the Air Force carried out several attacks with a number of of drones, Qasif 2K, targeting Fighter Jets Hangers at King Khalid Air Base in Khamis Mushait , adding that the drones “hit their targets with high accuracy.”

The spokesman pointed out that “the repeated targeting of King Khalid Air Base aims to make the air base out of service or completely paralyzed as it is one of the most important bases that the Saudi regime use in its hostile operations against our great Yemeni people.

Saree said Yemeni army forces launched a newly-developed Nakal (Retribution) missile at the strongholds of Saudi soldiers and their paid fighters in al-Sadis area of the region, located 844 kilometers (524 miles) south of Riyadh, on Sunday afternoon, leaving dozens of them dead or injured, al-Masirah reported.

On Sunday evening, their Air Force carried out attacks on the King Khalid Airbase in Saudi Arabia’s Asir region with a number of drones, Qasif 2K. “The attack on the Airbase targeted its communications building,” the Armed Forces Spokesman said.

Despite the aggresion claims that it is bombing the positions of the Ansarullah fighters, Saudi bombers are flattening residential areas and civilian infrastructures.