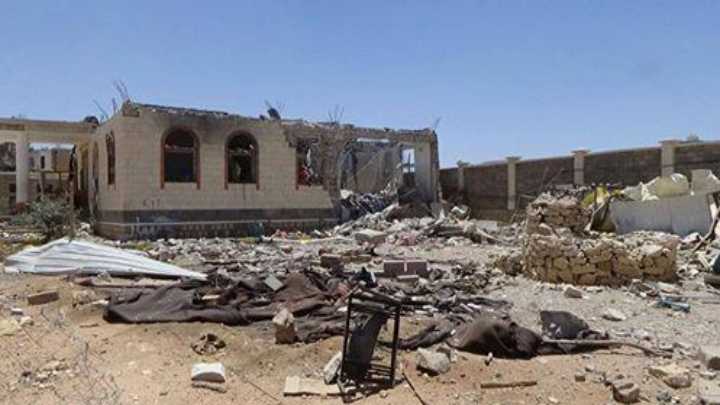 Dozens of Saudi troopers and paid fighters ,loyal to Yemen’s former president Abd Rabbuh Mansur Hadi, have been killed and injured as Yemeni army forces waged an offensive against their positions in the kingdom’s southern region of Najran.

The spokesman for Yemeni Armed Forces, Brigadier General Yahya Saree, said Yemeni soldiers and allied fighters launched a newly-developed medium-range ballistic missile Qassem (Raider) missile at the strongholds of Saudi soldiers and their paid fighters in the Saqam area of the region on Tuesday afternoon, leaving dozens of them killed and injured.

Saree added that the projectile hit its designated targets with great precision, confirming that the attack was launched after a delicate intelligence operation, noting that Qassem missile will be displayed during a press conference in the near future.

On the other hand, the total number of reported fatalities in Yemen has passed the 91,000 mark over the past four and a half years, says the US-based Armed Conflict Location and Event Data Project (ACLED).

ACLED said the Saudis and allies were responsible for more than 8,000 of about 11,700 deaths resulting from the direct targeting of civilians. About 67 percent of all reported civilian fatalities in Yemen over the past four and a half years have been caused by Saudi-led airstrikes.

The data covers everything from airstrikes, shelling and ground battles between the various forces to bombings and violence at protests. However, their numbers do not include those who have died in the humanitarian disasters caused by the war, particularly starvation.

Sam Jones, a spokesman for the ACLED, said their estimates for civilian fatalities exclude “collateral damage,” meaning the total civilian death toll for the war is likely significantly higher.

Yemenis give the solution to end the sufferings