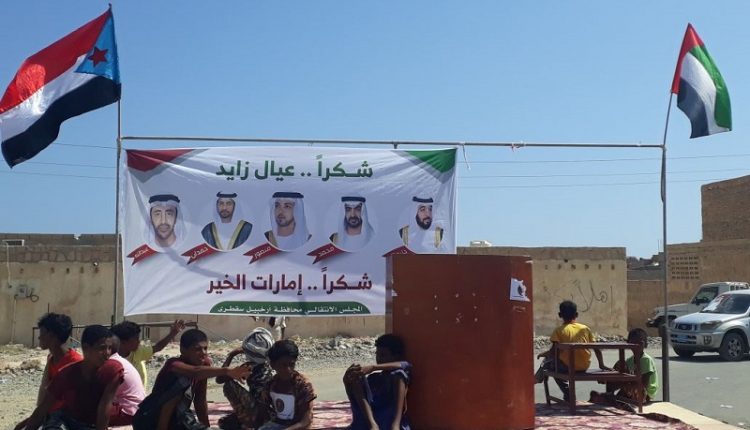 Socotra witnesses high tension between Saudi-led coalition over this!

Deadly clashes in Socotra is expected to make a comeback as Saudi Arabia and the UAE fail to put to rest a rift between rival parties, officials say.

Saudi authorities in Riyadh are holding Ramzi Mahrous, governor of Socotra Island province appointed by Hadi, at the request of the UAE to hold him accountable.

Mahrous has arrived in Riyadh recently after a medical trip to the Egyptian capital Cairo, after leading the demonstrations against the presence of the UAE occupation on the island of Socotra months ago.

According to the sources, Mahrous was summoned to Riyadh to question him about leading those protests in Socotra, and accordingly he was prevented from leaving the kingdom.

Major disputes on Tuesday erupted between local authority and the UAE-backed paid fighteers in Socotra province, following the arrival of a senior Emirati official to the island.

Local sources confirmed that the UAE cut off the electrical wires that connect the electricity supply to the houses at the general power station in Qalansiyah district, and connected them to their own generators after the power outage for one day only, under the pretext of providing service to the residents.

According to the sources, this new escalation followed the arrival of UAE representative, Khalfan Al Mazroui to the Island two days ago from Abu Dhabi.

Socotra airport authorities suspended flights in the face of UAE’s flights, which are increasingly transporting paid fighters of various nationalities to the island, local sources said, raising fears among residents that are using them to destroy security and peace in the archipelago.

According to a military source, intelligence indicates that the UAE intends to recruit paid fighters from the port of Assab in Eritrea and other countries and its paid fighters in the southern provinces to take control of the island.

Media sources in the province of Socotra Island revealed the suffering of the island’s population due to abuses of the UAE forces and Emirati officials in the island.

“The UAE occupation forces deal with the island residents as slaves and not as Yemeni citizens and landowners,” citizens in Socotra said. “The Emirati officials on the island violate the rights of citizens and their humanity.”

The fate of the assassine of the Houthi leader’s brother in central Yemen: Interior ministry