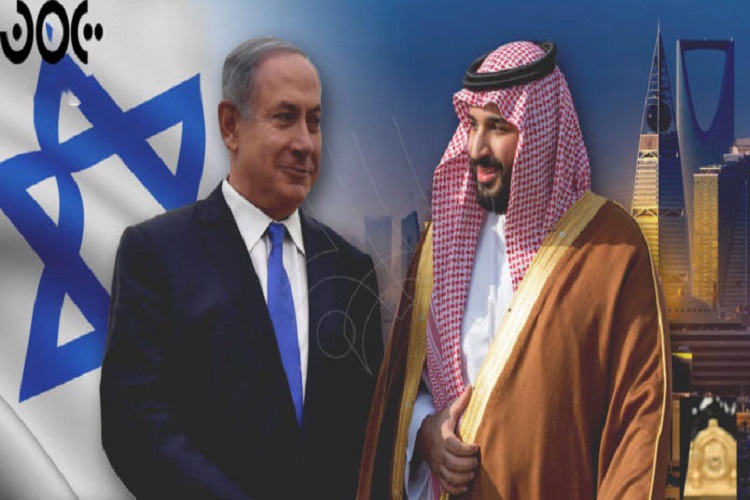 On Sunday, Israeli media reported a meeting between the regime’s Foreign Minister Yisrael Katz and some of the Arab officials on the sidelines of the United Nations General Assembly in New York. The Israeli Minister offered to the Arab diplomats a “non-aggression pact”, the reports continued.

There was a Twitter confirmation of the reports by the minister. He noted that with support from Netanyahu, he has recently been busy pushing ahead a diplomatic initiative to sign a non-aggression pact with the Persian Gulf Arab states. He also confirmed his meetings with Arab diplomats in New York.

Confirmation also came from the Arab side as Arab media said the Israeli officials disclosed his intention to push forward the Arab-Israeli diplomatic normalization.

The details of the initiative are yet to be given publicity. However, Channel 12 of the Israeli regime reported that the plan comes in four stages. The first stage is expanding the Israeli-Arab friendship and cooperation in line with the UN conventions and international laws. The second stage suggests that “effective and necessary” measures should be taken to make sure that none of the two sides will resort to war, provocation, hostility, and sabotage against the other side.

The third stage is that none of the sides of the pact will join a third-party alliance, organization, or union with military and security nature. None is allowed to even cooperate with such alliances or even promote their activities.

The fourth stage says that the disagreements on the pact should be settled through dialogue.

What is driving the Israeli leaders towards this proposal to the Arab countries?

While the initiative pursues the broader goal of normalization, attention to its timing is very important. The Israelis are presenting the plan to Arabs while over the past few months Iran talked about its will for talks with the Arab neighbors to de-escalate the regional tensions and sign a comprehensive regional security pact. Ahead of his trip to the UN to address the General Assembly, Iran’s President Hasan Rouhani unveiled Iran’s “Hormuz peace initiative” days after a Yemeni retaliatory attack on Saudi Arabia’s oil processing facilities, saying that Tehran has developed a serious will to check the tensions in the region.

Such an initiative earlier had been raised under various titles by the Iranian Foreign Minister Javad Zarif. During a June trip to Iraq, Zarif had suggested to the Arab neighbors a non-aggression agreement. That was beside a similar suggestion to Saudi Arabia. Zarif had also proposed the foundation of the “Regional Dialogue Forum.”

The Israeli initiative follows an Israeli observation of the increasing Arab concerns after they understood that Trump’s “maximum pressure” policy against Iran has failed. Saudi Arabia and the UAE as the key backers of the anti-Iranian approach are now aware that the Americans cannot secure them at the time of crisis. They are now seeking local steps to calm the situation. Abu Dhabi is exiting the Yemen war and is seeking to mend ties with Tehran. Riyadh, as Iran’s government spokesman said, has begun creating diplomatic channels and sending messages to Iran since last week.

Although Bahrain’s foreign minister said the Arab states rejected the Iranian initiative, the rejection of the Israeli proposed agreement by Kuwait indicates that the Israeli and American worries are serious. Washington and Tel Aviv’s interests find the continued Iranian-Arab hostility and tensions as an environment of realization. The Israeli emphasis on not joining any third-party alliance and organization while in Tel Aviv-proposed initiative exactly seeks to block any de-escalation of the tensions in the region.

Last struggle while on the edge

Another factor driving the Israeli initiative is the home politics and the conditions of the crisis-hit ruling Likud party. After two rounds of parliamentary elections, Benjamin Netanyahu is yet to form a government. This challenge along with police investigation of his facility corruption has been pushing him hard. Naturally, diplomatic normalization with the Arab world in a time of regional isolation can give any Israeli party a significant electoral privilege in the occupied territories. That is what Netanyahu was expecting for the American announcement of the implementation of the “deal of the century.” But not only Trump delayed the deal announcement to after the formation of the Israeli government but also the very implementation of the deal is shrouded in mystery. In the middle of this situation, the non-aggression pact by Netanyahu is a shot in the dark.

There are also economic drives for the Israeli proposal. In the “greater Middle East” plan raised by the late Israeli president Shimon Peres, a $70 billion business exchange goal is set for the regime that should be reached by 2035. The Arab states of the Persian Gulf with their oil wealth and big consumption markets are the main focus of the Israeli economic boost outlook. During his last year trip to Oman, Yisrael Katz, who at the time was the minister of transportation and intelligence, presented his “tracks for regional peace” initiative to the Omani leaders.

The initiative looks to connect via railroad the Persian Gulf to the Mediterranean Sea which means linking the Israeli regime to Jordan, Saudi Arabia, and other Arab states. Thus, the non-aggression proposal will mark an important step to materialize the Israeli economic plans.

18 Million Yemenis Have No Access to Drinking Water: Report