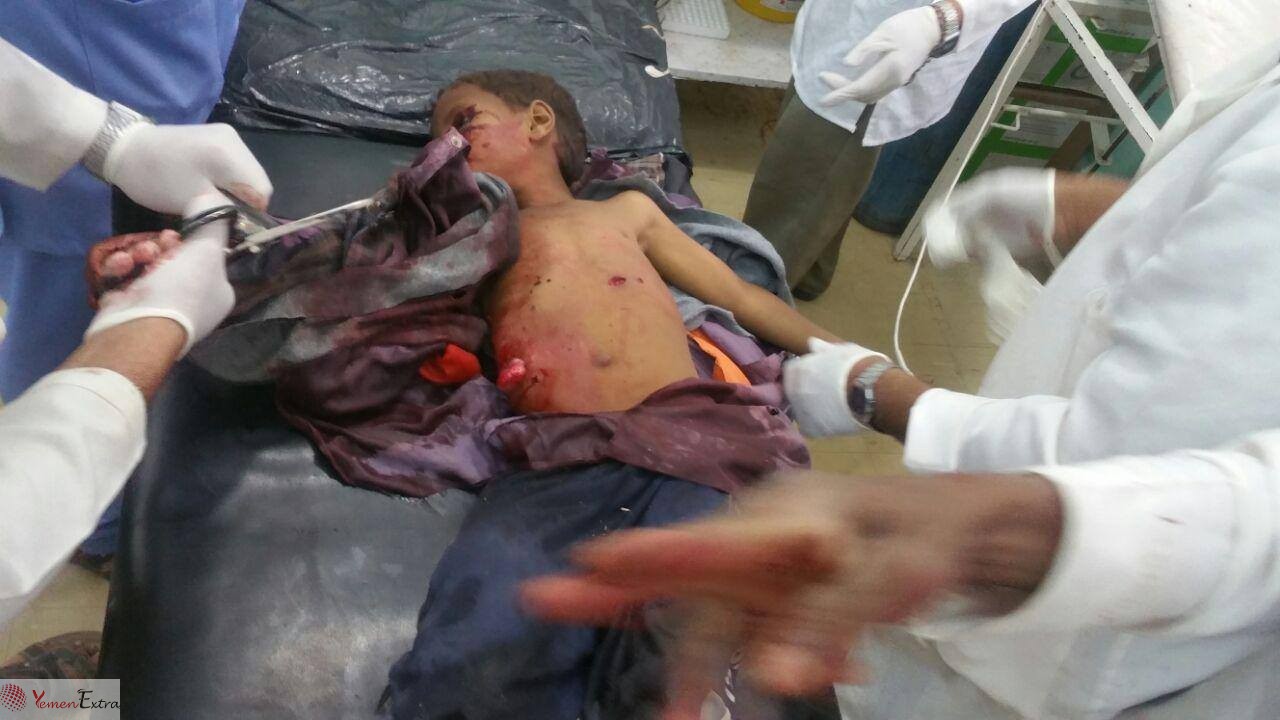 A child was killed and two others were injured on Thursday by a cluster bomb that is remained of the US-Saudi aggression in Tuhayta of Hodeidah.

Cluster bombs, which have been launched by the aggression on Yemen for five years, are among the most serious threats that end the lives of citizens, which often kills the children.

Dozens of citizens, most of them children, were killed and wounded by cluster bombs that are dropped by US-Saudi aggression on various Yemeni governorates

The spokesman for Yemeni Armed Forces says the Saudi-led military coalition continues to use internationally-banned weapons, particularly cluster bombs, in its aerial bombardment of residential neighborhoods in Yemen despite a global outcry against the use of such munitions by Saudi Arabia and its allies.

The National Committee for Demining (NCD) held a ceremony in Sana’a on Thursday to mark the World Day for Mine Awareness under the slogan “For a Yemen Mine-free”.

Mohammed Al-Amoudi, director of the Victim Assistance Department of the NCD, said that the US-Saudi aggression used cluster bombs on Yemen from the first time, where the number of raids used by coalition aircraft was 1070 cluster bombs and the number of civilian casualties was 1,096 civilians over the past four years.

Al-Amoudi added that the NCD center has worked to spread awareness through several workshops and courses on the dangers of this devastating weapon. The number of beneficiaries of the awareness reached 77547 beneficiaries in different governorates of the Republic, in addition to benefiting 4959106 people from the field survey.

Local sources in the district said that the cluster bombs scattered over the citizens’ houses and farms, causing damages in property.

Cluster bombs impose threat for civilians life in the region.

Saudi-Led Coalition Launches Series of Raids on Razih in Saada