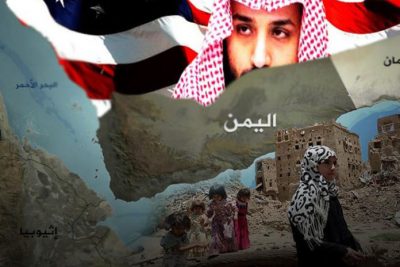 How do Saudi soldiers lose their lives in Yemen?

The Qatari al-Jazeera television news network reported that Yemeni forces and their allies fatally shot the troopers during different exchanges of fire over the past two days.

Ansarullah politburo member Ali al-Qahoum told Lebanon-based Arabic-language al-Mayadeen television news network last month that Yemeni soldiers and their allies are fairly committed to the truce, but will not stand idly by while the Saudi-led alliance continues to perpetrate crimes against Yemenis.

He added that whilst the Saudi-led aggression is pressing ahead with its crimes in Yemen, the international community behaves as if Yemeni people’s blood is worth nothing.

Qahoum noted that the opportunity is ripe for the Saudi-led aggression and the United States to review their calculations as Yemen is not a sitting duck for them.

In March 2015, the US -backed –Saudi-led aggression started  a war against Yemen with the declared aim of crushing the Houthi Ansarullah movement, who had taken over from the staunch Riyadh ally and fugitive former president Abd Rabbuh Mansur Hadi, while also seeking to secure the Saudi border with its southern neighbor. Three years and over 600,000 dead and injured Yemeni people and  prevented the patients from travelling abroad for treatment and blocked the entry of medicine into the war-torn country, the war has yielded little to that effect.

Despite the aggression claims that it is bombing the positions of the Ansarullah fighters, Saudi bombers are flattening residential areas and civilian infrastructures.