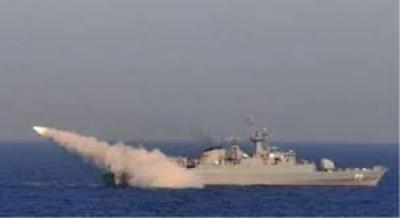 Ships in Yemen have a different story

Yemeni Gulf of Aden Port Corporation, loyal to Saudi-backed government, on Monday decided to raise the prices of the “pilotage allowance” fees for ships entering the port of Aden, in large proportions.

The increase on ships with a cargo of more than 10,000 tons was 175% compared to the previous fee.

Economic analysts condemned the decision to raise the pilotage fees on ships bound for the port, expressing concerns that such a measure could affect i the citizens through raising the prices of goods.

“The release of the ships comes in the framework of friendly understandings between Sanaa and South Korea,” al-Ezzi told YemenExtra.

“Investigation carried out by the Yemeni naval forces proves that the foreign ships were forced by winds and high waves into the Yemeni territorial waters,” he said.

Member of Ansarullah’s Political Bureau Mohammed al-Bukhiti on Tuesday said that the three ships captured by the Yemeni Coast Guard were carrying out hostile actions against Yemen, and they are a Saudi ship and two South Korean.

“This operation is a message to the aggression forces that Yemeni and regional waters are a red line, and we cannot tolerate those who violate it,” al-Bukhiti said in a telephone interview with Al-Alam TV Channel.

Member of the Supreme Political Council Mohammed Ali al-Houthi has praised the vigilance of the Yemeni navy and coast guard and their seizing of three foreign ships that violated Yemen’s territorial waters.

He assured the safety of the three crews, explaining that they are subject to legal procedures.

The Yemeni Coast Guard, under the Ministry of the Interior, has officially announced that it has seized 3 foreign ships, one of them being a Saudi tanker named “Rabigh-3”, just three miles from the Yemeni Island Abqan in the Red Sea. The move came in a statement issued on Monday night.

Saudi Arabia is Gradually Running out of Money, the Beginning of the End