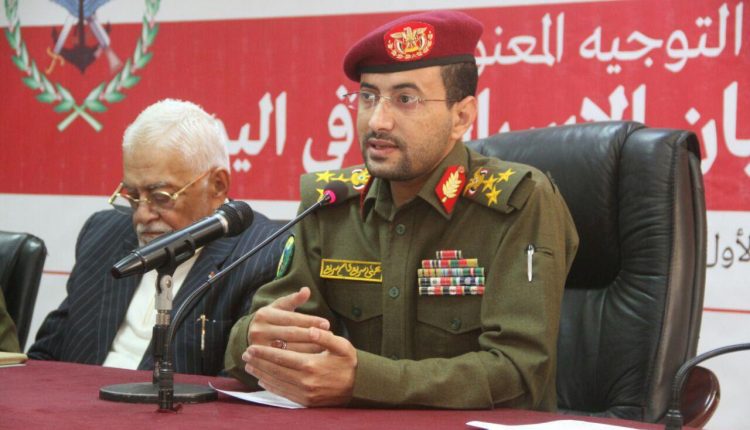 Yemen’s Army Spokesman Yahya Saria on Wednesday announced the Yemeni army’s readiness to respond to any aggression carried out by Israeli enemy against Yemen.

The spokesman affirmed that the Yemeni army does has the military and defense capabilities to defend Yemen and hit vital targets within the Israeli-occupied territorial depth.

In a symposium organized by the Moral Guidance Department of the Armed Forces, on Wednesday, under the title of Israeli ambitions in Yemen, Brigadier Seriey explained that the message sent by the Leader of the Revolution, Sayyed Abdulmalik Al-Houthi in his speech on the occasion of the Prophet’s birthday comes from a source of strength and should be taken seriously by the Israeli enemy.

He pointed out that the defense capabilities of the Armed Forces in the field of Rocketry Froce and Air Force have the potential in hitting vital targets in the Israeli depth.

Brigadier General Sare’e reviewed the historical Israeli hostility to Yemen and the Arab and Islamic nations throughout history and their plots aimed at expanding and controlling the most vital outlets on the Arabian Gulf, Arabian Sea and Red Sea.

Aden ciy suffers from this!