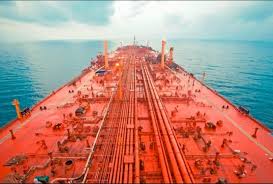 What happened to the South Korean’s ships afer apologizing!

South Korean Ambassador to Yemen Pak Woongchul on Wednesday expressed his country’s thanks to the Supreme Political Council for releasing South Korean ships along with their crews after apologizing.

This came in a letter received by Member of the Supreme Political Council Mohammed Ali al-Houthi Wednesday from South Korean Ambassador.

In his letter, the South Korean Ambassador expressed his country’s thanks and gratitude to the Political Council for understanding the mistake of the ships and releasing them ships and their crews consisting of 16 sailors, including two South Koreans.

The Ministry of Interior in the National Salvation Government on Wednesday released the ships detained by the Yemeni navy and coast guard after they illegally entered Yemeni territorial waters.

The ministry said, in a statement, that the release of the violating ships came at directives of President of the Supreme Political Council Mahdi al-Mashat to release the ships and accept their crews’ apology after they pledged to fully respect the sovereignty of the Republic of Yemen.