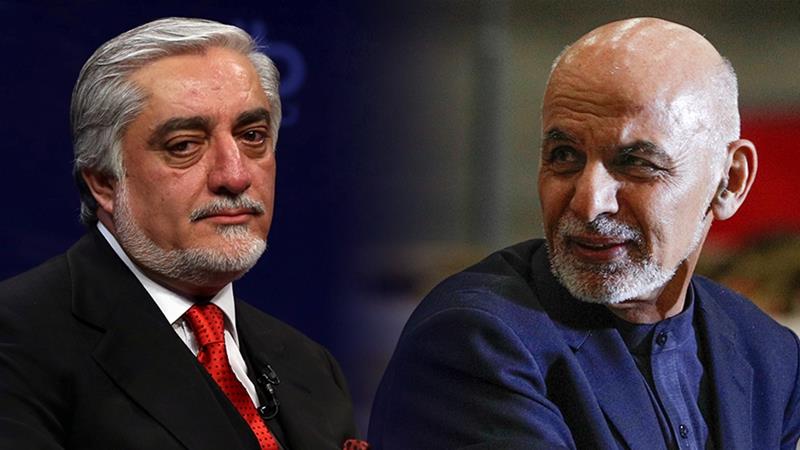 “Doctor Abdullah will lead the National Reconciliation High Commission and members of his team will be included in the cabinet,” Sediq Sediqqi, spokesman for Ghani, wrote on Twitter.

The breakthrough comes as Afghanistan battles a series of crises, including a rapid spread of the deadly coronavirus and surging militant violence that saw dozens killed in brutal attacks last week.

Abdullah had previously served as Afghanistan’s “chief executive” under an earlier power-sharing deal, but lost that post after he was defeated in a presidential election that incumbent Ghani — a former World Bank economist — won in September amid claims of fraud.

Abdullah, an ophthalmologist, declared himself president and held his own swearing-in ceremony on March 9, the day Ghani was re-installed as president.

On Sunday the two rivals agreed on a new power-sharing deal, which experts feel could help pull Afghanistan out of political crisis.

The agreement names Abdullah to lead future peace talks with the Taliban, who have already signed a landmark accord with Washington to pave the way for the withdrawal of foreign forces from Afghanistan.

“It is now expected that these leaders resolve the problems that Afghanistan faces such as coronavirus and peace talks with the Taliban,” Kabul-based political analyst Sayed Nasir Musawi told AFP.

He said it was “immense pressure” from the United States that made the two agree a deal.

“But it is difficult… differences will remain until they reach an agreement with the Taliban.”

Abdullah and Ghani contested the 2014 presidential election, with both claiming victory.

To avert a full-blown conflict, then-US secretary of state John Kerry brokered a deal between the two that left Abdullah as the country’s chief executive.