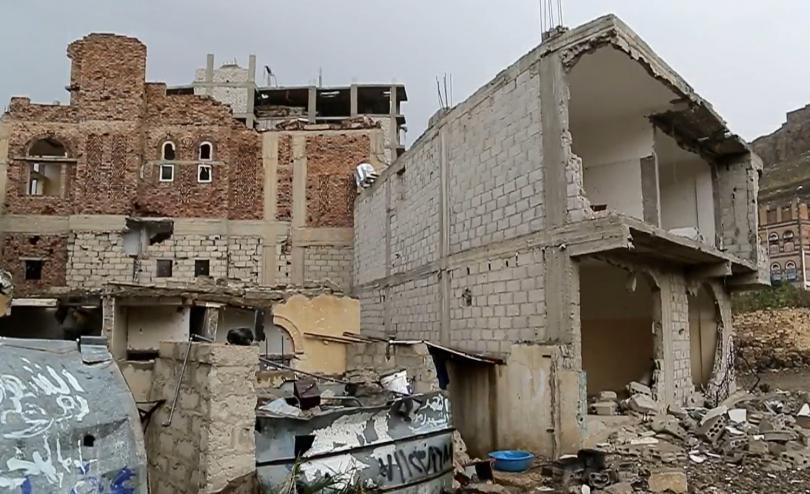 March 26, 2020 will mark 5 years since the US-backed Saudi-led coalition waged its devastation upon Yemen. While the first two years had translated into territorial and military gains for the coalition, neither Saudi Arabia nor its allies would predict or expect that half a decade into their aggression would land a new balance of power in Yemen that had placed its Resistance on unprecedented levels diplomatically, politically, and strategically.

One of the most significant aspects of this resistance has been the introduction of air defense capabilities against coalition drones and warplanes.

In these five years, the air capabilities of the resistance had reached unprecedented levels, from the employment of modified old Soviet stockpiles.

An achievement of this has lied in the demonstration of the Ansarullah’s air defense systems against coalition drones.

Prior to the siege, the United States had used Yemen as a testing ground for drone warfare. Since the aftermath of 9/11, Al-Qaeda has served as the useful cannon fodder for the US’s military-industrial complex to expand in this field. Through drone warfare, the US had not only fed its already turgid defense market, but also, in turn, helped facilitate the spread of al-Qaeda by both giving the organization air coverage and local legitimacy, all for the US to be able to leverage the prolongation of its own presence.

Given also that the US strikes against Al-Qaeda have done little to nothing to challenge or threaten its influence in the country, it’s safe to say that the organization has retained its status as little more than a containment apparatus for the US. The US’s alliance with Saudi Arabia and the UAE, who have been strategically allied with Al-Qaeda in the region, have long put its practice at odds with its own so-called adversary to Al-Qaeda.

The bind the US was put in had eventually put it in the camp that threw its weight behind the Saudi coalition, after mulling over considerations of a tacit alliance with the Houthi resistance against AQAP two months before the coalition began its aggression. The US’s considerations in fighting their real enemies in the Middle East, such as Iran or any movements of the Resistance Axis fighting against US occupation and for their own sovereignty, overtook the fight against Al-Qaeda, the friend of the US’s regional allies in this game.

Soon after the Saudi led the attack on Yemen in 2015, the US’s drone tactics would then be used by its ally, Saudi Arabia, against Ansarullah 6 months after its September 2014 uprising against the Saudi-backed Hadi regime.

The success of the Yemeni resistance in its challenging the aggression’s drone warfare was actualized with the development of the air defense systems Thaqib-1 through 4 and Fater-1 that have shot down US-made, F15 and F16 jets, Tornado and Typhoon fighters, and drones such as the MQ9 Reaper and MQ1 Predator, as well as Apache helicopters, first shot down in May 2015, according to Ansarullah-less than two months after the siege began. This was done not with any basic or unskilled capabilities, nor was it the product of Iranian imports, but rather with a high precise re-modification of old Soviet stockpiles. Additionally, long-range ballistic missiles, such as the Burkan-2, have been capable of going deep into Saudi territory, evidenced by their success in attacking key economic targets.

The success of these air defenses have meant that Saudi warplanes have kept out of central Sana’a. Unfortunately, the aggressions have moved their assaults over to attacks against target civilians. According to a recent UNDP report, in the last year alone, 131,000 died of indirect causes related to the Saudi assault, including cholera epidemic, starvation, and other effects of the blockade the Saudi regime had imposed upon Hodeidah, and 102,000 murdered from direct warfare. As Saudi Arabia loses ground and leverage in the war, the massacre of civilians, both indirect, and direct, is expected to increase and continue to be particularly concentrated in regions of high economic stakes, such as Hodeidah, or to punish regions on the verge of liberation, such as Al-Marib.

Another frontier where the Resistance has been particularly monumental has been in its economic targets. As the coalition remains firm on crippling, in turn, the economic response waged by the Resistance has been a significant frontier in incurring significant losses on the aggression. The losses upon the enemy that the resistance has incurred in its air defense capabilities have culminated into the September 2019 Abqaiq- Khurais attack on the Saudi Aramco oil facilities, which slashed nearly half of the state-owned producer’s output in the immediate aftermath. This was replicated again with the February 2020 strikes on oil facilities in Yanbu, which, while had been mostly intercepted, had continued to push back the barriers faced on the economic as well as territorial fronts.

The continued economic warfare against the Yemeni people, in addition to the military campaign, has been characteristic of these years. This has included the closure of the Sana’a International Airport in August of 2016, the blockade of fuel and essential imports into Hodeidah, and, most recently, the cutting of the undersea FALCON cable that wiped out most of the internet coverage in Sana’a and its adjacent provinces in January. This has deprived people of much needed fuel, food, supplies, and revenue and been the main cause of a famine affecting around 10 million.

While the territorial shifts even regressed within the country, particularly with the Saudi coalition’s advancement in July and August of 2015, the resistance’s liberation efforts have gotten stronger, more sophisticated, and more successful. Yet Saudi attempts at breaking the advancements are no longer successful as they had been in 2015.

Recent victories in al-Jawf and the upcoming effort in Ma’rib are a further testament to the recent success of the liberation effort, which has otherwise lost these regions to the Coalition’s aggression in 2015. This renewed strength will ensure the re-liberation of al-Jawf and Ma’arib will be evidently more successful, and pave the way for continued success and strength.

The deep penetration of Resistance missiles in Yemeni territory handed to the house of Saud post 1934. In the last two years, the Ansarullah’s efforts in Najran and Jizan have thwarted back Saudi offensives and uncovered the high handedness the Yemeni resistance displays against the Saudi-backed mercenaries aiding Riyadh in continuing its occupation there. Many coalition allies have begun withdrawing mercenaries, such as Sudan, or majorly shifting course in the target of their operations.

Yemen’s trials through tribulations have even produced for itself a national vision, unveiled in April 2018, that centers rule of law, just governance, and a fight against corruption.

Building this vision has also involved the takedown of false narratives. The reductionist conclusion that Yemenis are just “at war with themselves,” not only obfuscates the geopolitical dynamics and realities of the aggression, but it also is a projection that more accurately describes the status of the aggression and its allies. It has been especially following 2017, when Crown Prince Mohammad bin Salman waged an internal coup to best consolidate his power.

Today, the aggression and its allies are more divided than ever. Another internal war within the Saudi family, with another round of Salman’s crackdowns and arrests within the throne, will further complicate the Saud family’s command over the external war waged for five years. Even their allies’ mercenaries in the south, once united over squashing the Ansarullah, have descended into infighting between the UAE-backed Southern Transitory Council (STC) and pro-government Saudi allied forces, over the control of the south.

After Saudi Arabia unveiled its Vision 2030 within a year of its aggression, the Ansarullah unveiled its National Vision Strategy in April 2018. As the former was a glorified austerity plan, the latter unveiled was a complete social, economic, and political transformation to build a society that included prioritizing access and improvements to healthcare and education for all, combating corruption, and uplifting and empowering women in all sectors of society.

The aggressor’s absence of vision, strategy, or ethics, which will foresee its loss in the war, will evidently have to surrender to a movement that continues to build and defend as Saudi planes continue to destroy. As the late president of the National Salvation Government, Saleh al-Sammad said, “One hand builds, the other protects.”