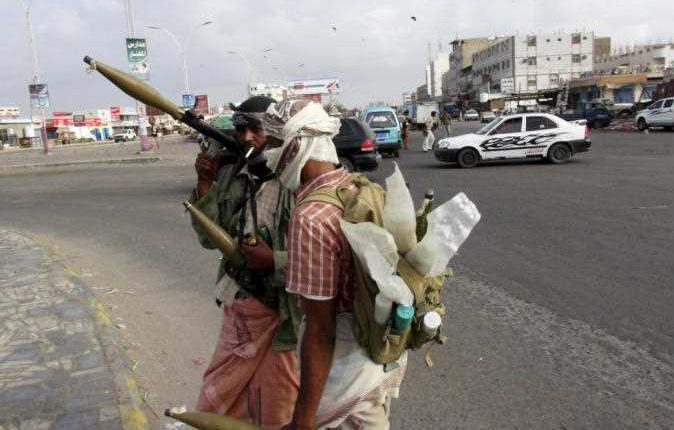 More than six gunmen, including civilians, were killed and wounded in clashes that erupted between factions loyal to the UAE-backed Southern Transitional council  (STC) militia in the southern port city of Aden, local sources said.

Armed clashes resumed for the third time between the residents of Alsaylah and Almahareq neighborhoods in the Sheikh Othman area, killing three civilians and injuring three others, local source confirmed.

The sources pointed out that one citizen is among the dead, while four residents of Almahareq sustained various injuries.

A vehicle affiliated with a merchant was burned and a dozen families left their homes due to the mercenary infighting, one of the sources said.

Eyewitnesses said that gunmen of the UAE-backed STC assaulted a number of shops in Alsaylah neighborhood with the aim of enforcing payments under the pretext of “Zakat of Ramadan.”

Some merchants refused to pay thereby igniting the eruption of clashes that damaged a civilian vehicle and left Aden city engulfed in a state of fear.