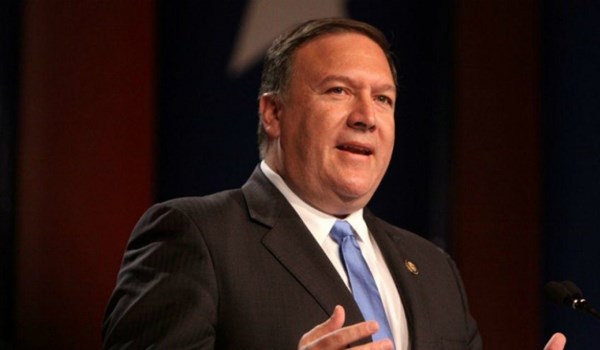 CNN revealed that US Secretary of State, Mike Pompeo, had refused to support an investigation into the sale of weapons by Washington to Riyadh, which had been launched by former Secretary-General Inspector Steve Linick, who was recently dismissed from his post.

The channel quoted Deputy Chairman of the Foreign Affairs Committee in the Congress, Eliot Engel, as saying that Linek was conducting, at his request, an investigation into the sale by the United States of an $ 8 billion batch of weapons to the Saudi authorities.

Engel said that the Trump administration announced, in 2019, the imposition of a state of emergency in the country specifically to avoid the need to obtain congressional approval of the arms deal, adding that he does not rule out abuses in this matter, including by Pompeo.

CNN sources in Congress said that the foreign minister refused to meet Linick, who wanted to ask him a number of questions, as part of his investigation, which was close to completion.

Pompeo said in an interview with The Washington Post, published on Monday, that he advised President Donald Trump to dismiss Linick from the position of Inspector General of the State Department, because he was not performing his duties “as he should be”, without revealing details.

For his part, Trump announced that he has “the full right as president to put an end to the functions of the inspector, expressing his will to “get rid” of the inspectors general appointed by his Democratic predecessor, Barack Obama.

Democrats denounced the matter, as House Speaker Nancy Pelosi considered that “the president should stop this habit by taking countermeasures, and stop taking revenge on employees working for the safety of Americans.”

The head of the Foreign Affairs Committee in the US House of Representatives, Eliot Engel, and Senator Bob Menendez, had opened an investigation into the dismissal of the US President’s Inspector General to a ministry.

In a statement, the two “Democratic” officials expressed their opposition to the exclusion by saying that it was “for political reasons.”