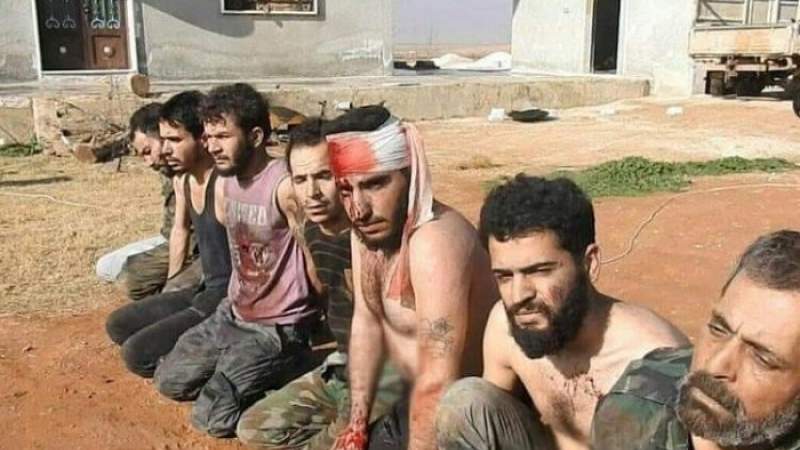 The Libyan army that follows Haftar, backed by Emirati forces, captured Arab recruits, including Yemenis affiliated with the Islah Party, who were drawn into the Libyan war form Turkey to join the GNA forces.

Libyan activists broadcast video clips of the Arab recruits, including 5 Syrians and 3 Yemenis, who were thrown by Haftar’s recruits into a detention facility after they were stripped of their clothing… where one of them confessed that he was from Yemen from Taiz governorate and came to fight what he called the rebels in Libya.

The Arab Combat Group, including Yemenis, was captured after a tight ambush by Haftar forces near the Libyan city of Sirte, controlled by Haftar’s forces.

The incident reflects how Yemeni youth being drafted to fight abroad and how war merchants from the Islah party disregard the lives of the Yemeni youth.

Those Yemenis pay the price with their lives fighting in lost wars abroad, while war merchants and recruitment brokers from the Islah party earn a lot of money that they accumulate in buying fancy houses in Turkey and Cairo. The last Turkish study said that about 103 billion dollars has been spent by Yemenis in buying real estate within Turkey.

The names of the Yemeni prisoners are:-

FM: Jeffrey’s statements constitute admission by US administration of being responsible for Syrians’ suffering