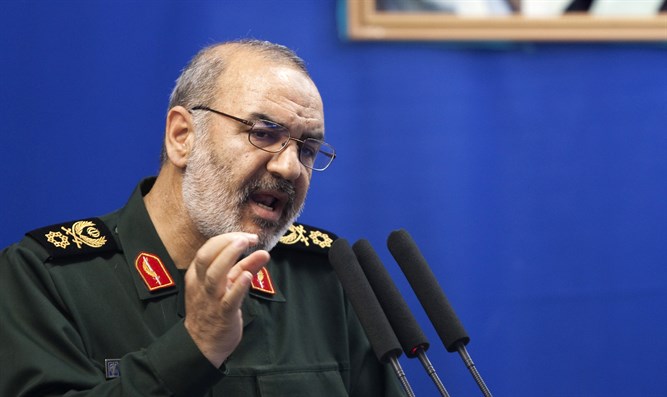 Chief Commander of the Islamic Revolutionary Guards Corps (IRGC) Major General Hossein Salami said Tuesday that Iran should become a model for the whole world and this requires becoming stronger.

“We are building a great modern Islamic civilization … we are not a society of small dreams … we want to offer new patterns while civilizations derived from liberal schools have failed to present successful models for human prosperity,” Maj. Gen. Salami said in remarks carried by Iranian media.

“We have no choice but to become stronger; we should become an evident model for the world and this is achievable,” he added while addressing a ceremony to introduce the new head of Baqiyatallah hospital.

He went on to say that enemies have created a psychological atmosphere against the country but the Islamic Republic of Iran has managed to obtain great achievements in this battle.

“We have defeated the Global Arrogance, led by the US, as enemies created problems and imposed sanctions on Iran. Today, as they are dealing with fundamental problems, we can inflict a series of defeats on them.”

The major general also praised the efforts of the country’s medical staff in the fight against COVID-19, noting that Iran’s success in this battle comes as many countries that claim to be ‘advanced’ have failed to obtain good results.