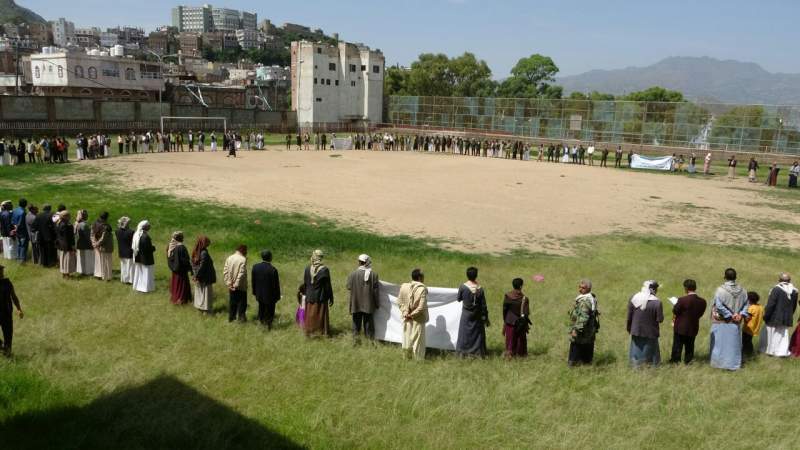 Today, Monday, in the Al-Mashnah district of Ibb governorate, a tribal meeting was held to promote steadfastness and mobilization of the fronts against the forces of the US-backed Saudi aggression.

The governor of the province, Abdel-Fattah Ghellab, affirmed in the meeting that the Yemenis are determined to continue confronting and withstand the aggression that has affected all of the aspects of life until victory is achieved.

He pointed out that during the past five years, the Saudi aggression had committed thousands of massacres and targeted markets, schools, hospitals, roads and mosques, noting the sacrifices made by the district of Mashnah in defending the country.

Moreover, He stressed the importance of solidarity and cohesion against the aggression as well as supplying the fronts financially and with militants.

The director of the Al-Mishnah district, Ali Al-Badani, affirmed that all of the people in Ibb province agree upon rejecting the Saudi aggression, stressing for more resistance and supporting one another.

Participants in the gathering emphasized the continuity of the district’s steadfastness against the aggression and mobilization of the fronts until victory is achieved, and the preservation of unity, position, and willpower until the occupation and aggression forces are defeated.