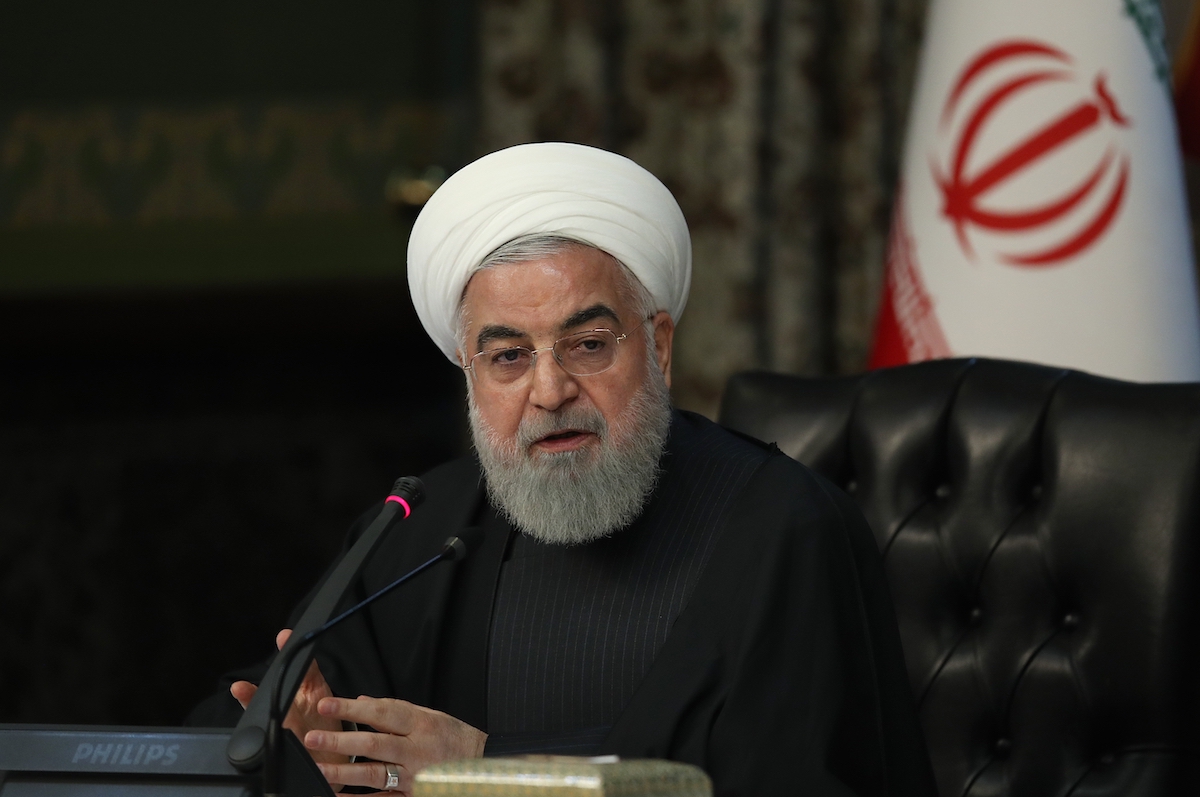 Iranian President Hassan Rouhani has denounced as inhumane the US sanctions against Syria amid the war-torn country’s battle against the coronavirus pandemic, while pledging Tehran’s unwavering support for Damascus.

“In line with the previous sanctions and its desperate efforts to put pressure on the Syrian people, the US regime has imposed new unilateral and inhumane sanctions, known as the Caesar sanctions, [on Syria] with the aim of achieving its illegitimate political aspirations,” Rouhani said while speaking at a virtual conference with his Russian and Turkish counterparts, Vladimir Putin and Recep Tayyip Erdogan, on Wednesday as part of the Astana meeting on the situation in Syria, IRNA reported.

Rouhani said the sanctions came as the Syrian people like the rest of the world were facing the coronavirus pandemic, which has created widespread health and economic problems in the country, and thus necessitated access to medical and pharmaceutical items to counter the virus and alleviate the sufferings of the Syrian people.

“The US regime’s move amounts to economic terrorism that violates international law, human rights, international humanitarian law and the sovereignty of nations,” he added.

He said that while condemning any sanctions against any nations in the world, especially Syria, the Islamic Republic of Iran emphasizes that it will continue to support the Syrian people and its legitimate government with greater force, and that the illegal and inhumane actions by the US regime will not undermine the will of Syria’s friendly and allied countries to back Damascus.

“The United States must be assured that what it has not achieved through military pressure and resorting to terrorist groups cannot be attained through the tools of economic pressure and punishment of the Syrian people,” he added.

The Iranian president also underlined the need for the American forces to end their “illegal” presence in Syria and the entire region.

Iran, Russia and Turkey underline the importance of continued dialog to maintain the Astana deal as the best way to resolve the conflict in Syria.

“The illegitimate presence of the occupying forces of the US regime on Syrian soil has become a destabilizing factor for Syria and the entire region,” Rouhani said, adding that the American forces were “plundering the natural resources” of the country by increasing illegal military bases in the oil-rich areas east of the Euphrates.

“It is imperative that American terrorist forces withdraw from the entire region, especially Syria, as soon as possible, and that the Syrian government’s rule prevail throughout the territory,” he added.

Describing the Astana process as the only viable means to help resolve the Syrian crisis peacefully, Rouhani said that Iran, Russia and Turkey, as the guarantor countries of the Astana process, always supported the Syrian-Syrian dialogue in the framework of the agreements reached in the Astana process, and emphasized their determination to fight Daesh and al-Qaeda terrorism and all their affiliates throughout the region, including Syria.

He also ridiculed the claim of advocating anti-terrorism efforts by the US, which assassinated Lieutenant General Qassem Soleimani, one of the leading commanders on the frontline of combating terrorism.

General Soleimani, who was the former commander of the Quds Force of Iran’s Islamic Revolution Guards Corps, and his companions were killed in an attack near Baghdad International Airport on January 3.

The airstrike that killed the top general was ordered by US President Donald Trump.

Th Russian president, for his part, told his counterparts from Turkey and Iran that there was a need for peaceful dialogue between warring sides in Syria.

“An inclusive inter-Syrian dialogue should be actively promoted within the framework of the constitutional committee in Geneva. I propose to support this process, to help the participants … meet and start a direct dialogue,” Reuters quoted Putin as saying.

He also said that hot spots of terrorism still remain in Syria’s Idlib and other regions.

Erdogan also told the video conference that the priority for Syria is a lasting solution to the conflict, “achievement of calm in the field and the protection of Syria’s political unity and territorial integrity.”

“We will continue to do all we can so that our neighbor Syria finds peace, security and stability soon,” Reuters quoted the Turkish president as saying.

Syrian government forces are preparing to launch an offensive against Turkish-backed militants in Idlib, a source says.

At the end of the conference, the three heads of state also issues a joint statement, in which they reiterated that Syria’s war had “no military solution” and had to be settled only via a political process.

They also agreed to hold the next trilateral summit on Syria in Iran, but gave no date.

The three countries also agreed to promote their economic cooperation, the statement said.

“Peace in Syria will be achieved,” the tweet concluded.

Iran, Russia, and Turkey have been leading a peace process for Syria known as the Astana process, because Kazakhstan’s capital, Nur-Sultan, formerly called Astana, originally hosted the meetings.

A first deal was signed in Kazakhstan’s capital, arranging for the creation of de-escalation zones across Syria, including in parts of Idlib. The second one that came about in the Russian resort city of Sochi allowed Ankara to bring in a small number of forces to man the observation posts to reinforce de-escalation.

While the two deals have helped significantly reduce fighting in Syria, the conflict has not entirely ended, due in large part to Turkish failure to separate terrorists from what it calls “moderate” opposition groups in Idlib and Ankara’s dispatch of thousands of troops and heavy military hardware into the Syrian province to back the militants.