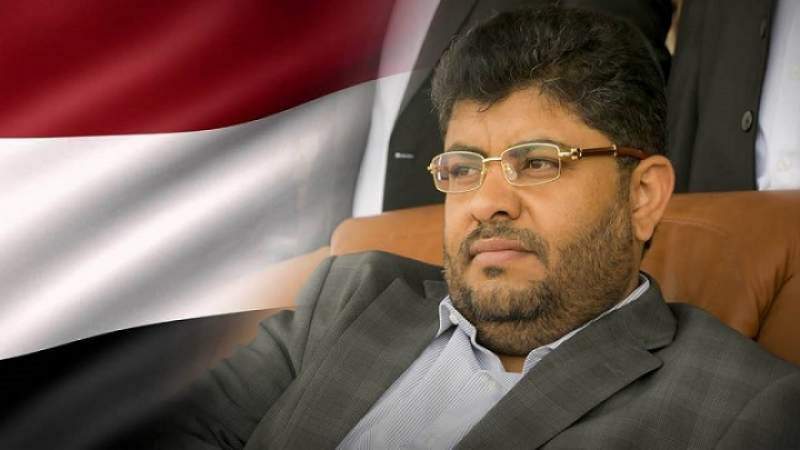 YEMEN-EXTRA- Mohammed Ali al-Houthi, blamed the United States and Saudi Arabia and its alliance for the responsibility of disturbing the peace and the general calm of citizens by his Tweet.
ALso, Al-Houthi confirmed that the escalation of raids on the capital, Sana’a and others , by the Saudi-led aggression is a US decision announced on Tuesday from Riyadh, that proves its participation and support for the continuation of the aggression against Yemen.

Al-Houthi wrote in a post published on his Twitter page on Wednesday. “Brian Hook (US Special Representative for Iran) announced support and assistance to Saudi Arabia from there .