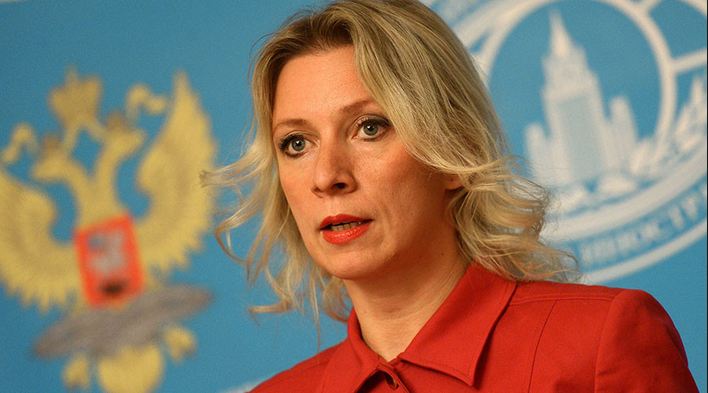 Russia says the United States’ controversial bid to extend an arms embargo on Iran that is expected to expire under Tehran’s nuclear deal with world countries jeopardizes the prospect of the agreement’s continued preservation.

Speaking on Thursday, Foreign Ministry Spokeswoman Maria Zakharova said the US push was “not only unjustified but also counterproductive in terms of the prospects of preserving the Joint Comprehensive Plan of Action (JCPOA),” Russia’s Sputnik news agency reported.

She was referring by official name to the landmark deal that was reached between Iran and the P5+1 group — the US, Britain, France, Russia, and China plus Germany — in 2015 in Vienna.

In May 2018, US President Donald Trump unilaterally pulled his country out of the JCPOA and later re-imposed the sanctions that had been lifted against Tehran on the back of the deal. The US’s intransigence flew in the face of the fact that the deal has been ratified by the United Nations Security Council (UNSC) in the form of its Resolution 2231.

Although it is no longer a party to the deal, Washington has recently launched a campaign to renew the embargo on the sales of conventional weapons to the Islamic Republic that will expire under the JCPOA in October.

To try and rationalize its bid, the US says it is still “named” as a JCPOA partner in the Resolution. Tehran and other JCPOA partners say Washington, due to its unilateral withdrawal, has forfeited all rights to have any say in the agreement.

The US recently served the UNSC with a draft resolution on extension of the arms embargo, with American Ambassador to the UN Kelly Craft saying Washington will push the Council to vote on the draft as soon as mid-July.

Washington has threatened to force a “snapback” of all sanctions against Iran if its drive to renew the arms embargo failed.

Addressing a virtual UNSC meeting on Tuesday, Iran’s Foreign Minister Mohammad Javad Zarif said the United States was an “outlaw bully” that the world body should not surrender to, warning that giving in to Washington’s pressure threatens to restore the “law of the jungle.”

“The international community in general, and the United Nations Security Council, in particular, are facing an important decision,” he said. “Do we maintain respect for the rule of law or do we return to the law of the jungle by surrendering to the whims of an outlaw bully?” the top diplomat asked.

Russia and China’s UN envoys also berated Washington, the former, Vasily Nebenzia, warning about an “uncontrollable escalation” as the United States kept up the push, and the latter, Zhang Jun, underlining that “having quit the JCPOA, the US is no longer a participant and has no right to trigger a snapback at the Security Council.”

Lebanese Protest against US Meddling in Internal Affairs