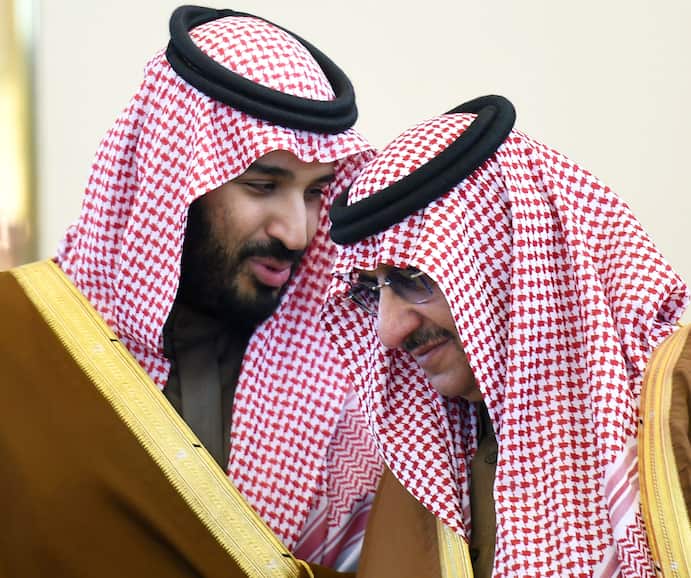 A grim new chapter in the Saudi “Game of Thrones” battle for control of the kingdom appears to be underway, as Crown Prince Mohammad bin Salman prepares corruption and disloyalty charges against his predecessor and one-time rival, former crown prince Mohammad bin Nayef, according to an article published by the Washington Post.

“This royal family showdown has been building ever since MBS, as he’s known, deposed his predecessor in June 2017. The roots lie even deeper, in the bitter rivalry between supporters of the late King Abdullah, who had championed MBN, as the former crown prince is called, and the courtiers who surrounded his successor, King Salman, and his impulsive son MBS, when the new king assumed power after Abdullah’s death in January 2015.”

“Saudi and U.S. sources say that MBS’s anti-corruption committee is nearing completion of a detailed investigation of allegations that MBN improperly diverted billions of Saudi riyals through a network of front companies and private accounts while he was running Saudi ‘counterterrorism’ programs at the Interior Ministry. MBN served there as chief assistant to his father, Prince Nayef, and then succeeded him as minister from 2012 to 2017. An associate of MBN’s said Saudi investigators have demanded that he repay $15 billion they claim he stole, though it isn’t clear how they reached that number. The associate, like some others contacted for this article, requested anonymity because of the sensitivity of the matter.”

The paper added that MBS is removing all his royal foes and their aides who may threaten his leadership, adding that he is either arresting them or kidnapping some of their family members to force them to return to the kingdom if they are abroad.