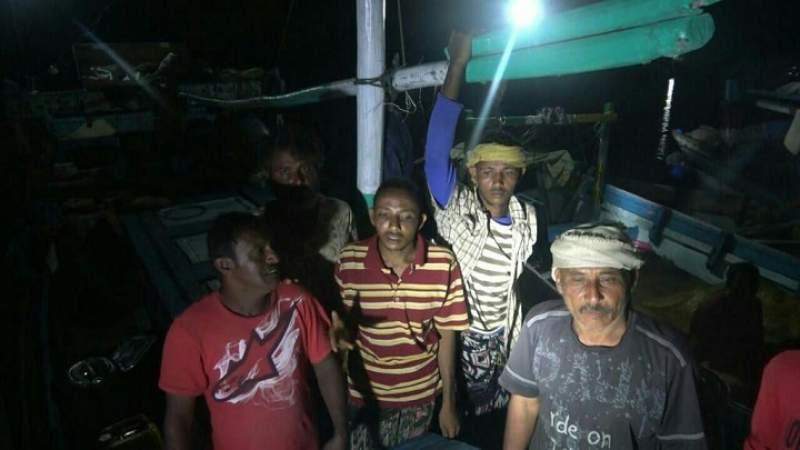 21 fishermen arrived at Al-Salif district in Hodeidah coastal governorate after they were detained by the forces of the Saudi-UAE aggression (coalition) last month.

The head of the General Authority for Fisheries in the Red Sea, Abdul Qadir Al-Wadaei, stated that the aggression forces kidnapped 24 fishermen in mid-July while they were practicing fishing in the west of Thu-Thlath Island, and detained them in Farasan prison then transferred them to prison within Saudi kingdom, inside Jizan, for about a month.

He condemned the hostile practices carried out by aggressive countries against fishermen and their continued restrictions on them.

Al-Wadaei directed to take care and fully help the released prisoners and pay them money from the authority to help them cope with the difficult living conditions in light of the continued siege by the aggressive countries.

Saudi Aggression on Yemen Carries Out 14 Airstrikes in Marib Province