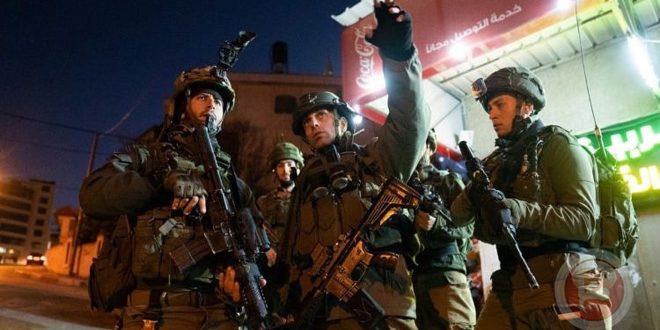 In the same context, a Palestinian young man was injured Monday when the Israeli occupation forces opened fire on him in Bethlehem city in the West Bank.

Wafa News Agency said that one of the checkpoints of the Israeli occupation at the northern entrance of the city opened fire on a Palestinian young man aged 18 as he was wounded in the foot.

Wafa News Agency said that the occupation forces stormed the cities of Hebron and Nablus and the towns of Ananta in occupied Jerusalem, and al-Sahour and al- Dawha in Bethlehem and Az-Zawiya in Salfit, and arrested eight Palestinians.