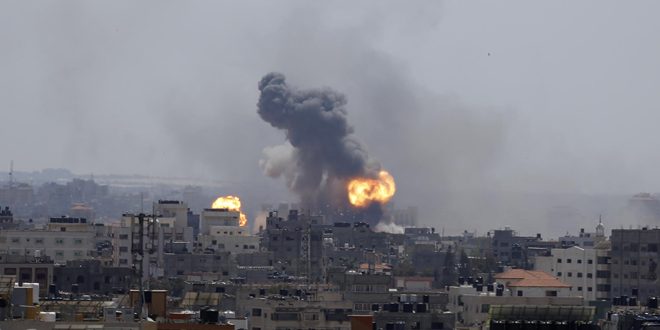 Wafa News Agency said that the occupation forces shelled with artillery different areas in Beit Hanoun north of the Strip and in Khan Younis to the south causing material damage to the Palestinians’ houses and properties.

Eleven Palestinians have been wounded, in addition to causing huge damage to the Palestinians’ houses and properties due to the continued attacks launched by the occupation forces for the eight straight day on different areas in the besieged Gaza Strip.

President Putin discusses situation in Syria and Libya with Erdogan