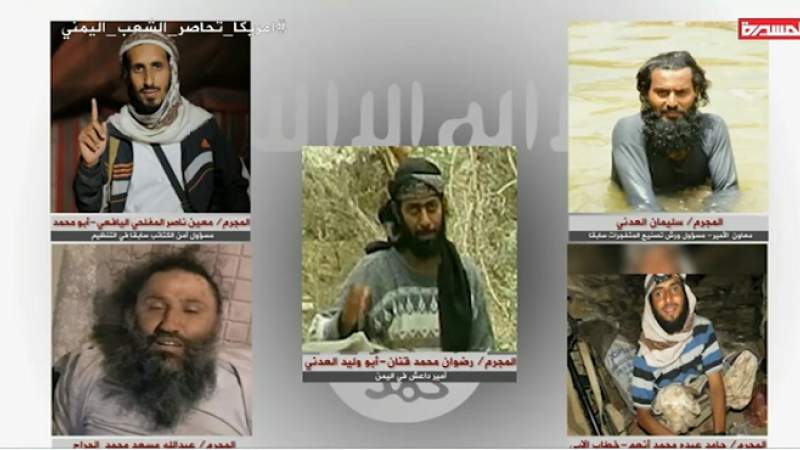 A security source revealed the details of the specific security operation that led to the killing of the leader of ISIS (Daesh) in Yemen, the criminal Radwan Mohammed Hussein Qanan, known as Abu Al-Walid Al-Adani, and a number of leaders of the criminal organization during the military and security operation in Qayfah in Al-Bayda governorate.

The security source said: “One of those criminal elements blew himself up upon contact with the security forces, and an exchange of fire ensued. As a result, three from the security forces were put down, and the leader of the criminal organization known as Abu Walid al-Adani and those who were with him were all killed.”

The source noted that the operation was preceded by an intelligence effort and vigorous follow-up during the military operation that was carried out by the army and the popular committees in the districts of Quraishi and Walad Rabie, where the siege was imposed on the so-called leader of ISIS in Yemen’s state, to begin the clashes after their refusal to surrender.

The security forces found a number of explosive devices and belts that were stored in ISIS depots.

The source clarified that among the killed were members of the leadership of Daesh in addition to the leader of the organization in Yemen. The ISIS leaders also killed in the operation were:

Suleiman Al-Adani, in charge of the workshops for manufacturing IEDs and explosive belts (in the past) recently, the governor’s assistant and his personal attendant.

Abdullah Musaad Muhammad al-Jarrah, one of the founders of ISIS in al-Bayda province, and recently appointed as a representative with the legitimate prince of the organization to solve the cases that occur among its members.

Aug. 21: An Update of the Saudi Crimes, Violations in Yemen