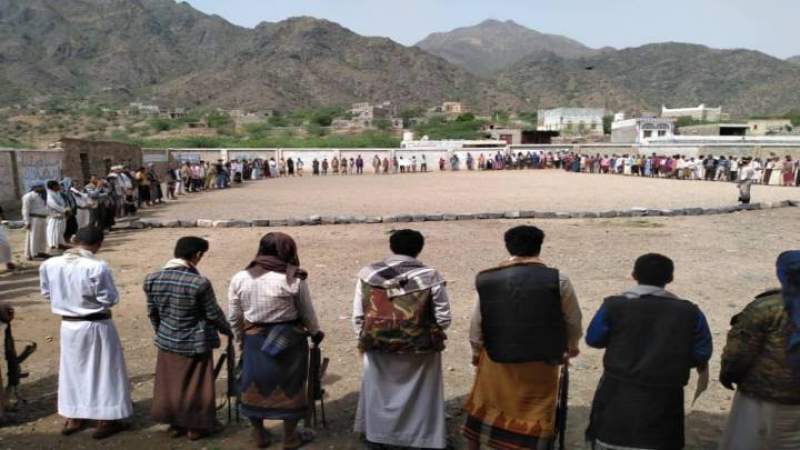 Residents of Rima governorate, after Friday prayers, held an organized protest to denounce the continued detention of oil derivative ships and to reject normalization with the Israeli enemy.

The participants, which was participated by nominal figures of the local, supervisory and security authority, asserted that the crimes committed by the Saudi-led aggression and its violations will only increase the Yemeni people with steadfastness and determination to confront them.

They stressed the need for alignment and cohesion of all Yemenis to protect their soil, honor, and national sovereignty, stressing that they will continue to support and supply the fronts with money, men, and food until victory is achieved.

A statement issued during the rally condemned the aggression’s continued detention of oil derivatives ships, and to slam the UAE for normalization with the Zionists.

Moreover, the statement denounced the silence of the international community and the United Nations regarding the crimes and massacres committed by the coalition of aggression against the Yemeni people for more than five years and the detention of ships loaded with oil derivatives.

The People of Hajjah Province Confirm Their Continued Support of Frontlines