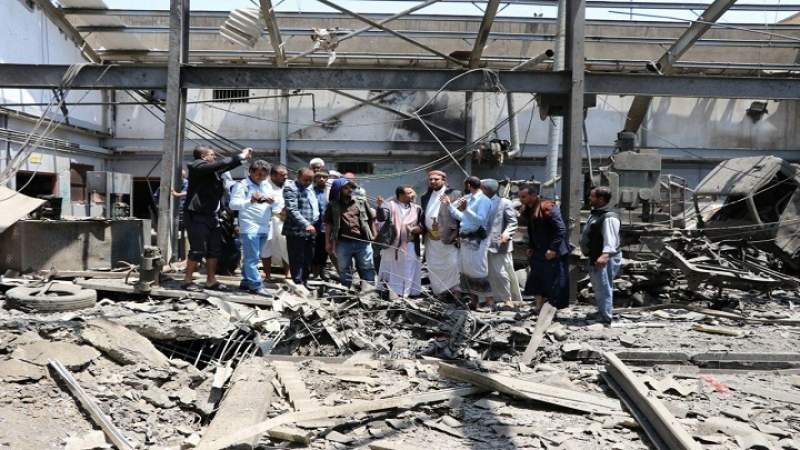 In a statement received by the Yemeni News Agency (Saba), the Hygiene Project considered the Saudi aerial targeting of such facilities in the capital a war crime and genocide against civilians due to its effects on the spread of diseases and epidemics, in addition to worsening citizens’ health and living conditions.

The statement emphasized that this brutal targeting threatens of an upcoming environmental disaster as the Saudi two raids destroyed the facility’s equipment and machinery, which impedes the implementation of cleaning tasks and related activities, in addition to waste removal.

The statement pointed out that this is not the first time that Saudi warplanes have targeted those kinds of facilities, as it has previously completely destroyed the hazardous and medical waste recycling facility at a cost of one million and three hundred thousand dollars, which was going to open soon before it was struck and destroyed. Additionally, the Saudi aggression has also targeted the main landfill and also targeted its buildings with direct raids.

The Saudi airstrikes have also resulted in vast damage to some garbage trucks and also killed drivers and workers.

Sep14: An Update of the Saudi Crimes, Violations in Yemen