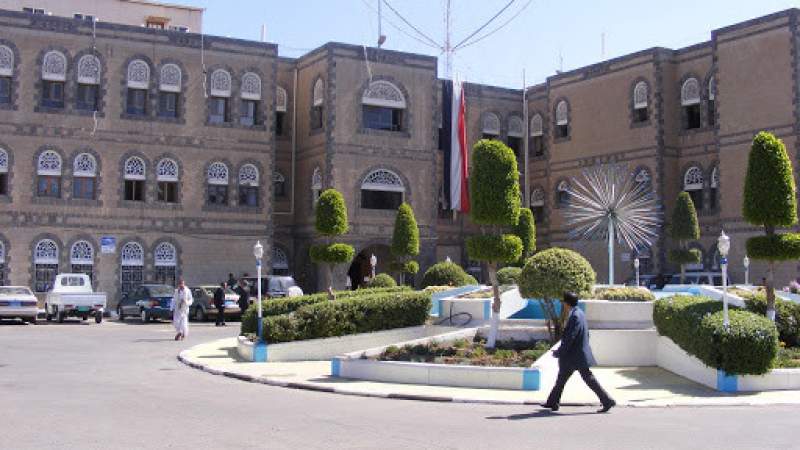 The Services Sector in the Yemeni capital, Sana’a, warned that all of its services provided to citizens would soon stop, and a humanitarian catastrophe would threaten the lives of the residents within Sana’a as a result of the Saudi aggressive coalition for preventing the entry of oil tankers into the country.

This came during a protest organized by the Services Sector, The Local Institution for Water and Sanitation, The Health Office, and the Oil Company branch in the capital today, in front of the United Nations headquarters to denounce the continuing crimes of aggression and the detention of oil derivative ships.

Moreover, the sector warned of the repercussions of stopping the sewage treatment plant and the potential risks to society and the environment through the spread of diseases and epidemics.

The participants in the demonstration affirmed their continuation of steadfastness in the face of the Saudi aggression, regardless of the sacrifices and the brutality of its crimes and its imposed siege, noting that this will not affect their determination to thwart the conspiracy plans of the aggressive countries that aim to subjugating Yemen and plundering its capabilities and wealth.

A statement issued by the protestors emphasized that the Sadu-led Coalition aggression would not have committed such crimes against the Yemeni people if it was not for the complicity and silence of the United Nations and the international community.

The statement renewed its condemnation of the continuation of the Saudi aggression and the siege aimed at the annihilation of the Yemeni people and the destruction of all the elements of life.

The statement held the United Nations and the international community fully responsible for the catastrophic humanitarian, health, environmental and living repercussions that could impact the citizens if it does not intervene urgently and end the Saudi blockade to allow the entry of oil, food and medicine.