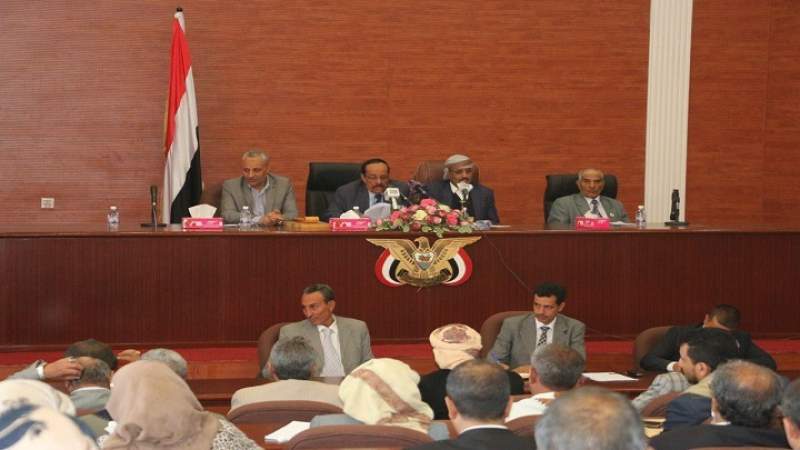 The Speaker of the Shura Council (also recognized as The Consultative Assembly or the Senate), Mohammed Hussein Al-Aidarous, today, Saturday, sent letters to the Secretary-General of the United Nations Organization, Antonio Guterres, his envoy to Yemen, Martin Griffiths, and the United Nations Resident Representative, and the Coordinator of Humanitarian Affairs in Yemen, Lise Grande.

The messages talked about the continuing arbitrary measures conducted by the aggressive coalition forces, led by Saudi Arabia and the Emirates, against Yemen during the last period and repeatedly. These measures include the continued piracy of oil derivative ships and preventing their entry to the port of Hodeidah, despite their obtainment of the required UN permits.

The council considered these brutal actions by the Saudi aggression a way to increase the suffering of the Yemeni people.

Only a few amounts of fuel are released, which were amounted to 14 percent compared to the actual daily needs during the period June to September 2020.

The letters stated that the number of detained ships to date is 19 tankers carrying 409 thousand and five tons of petrol and diesel, which threatens an imminent disaster that could lead to the stop of all vital and service sectors, in addition to the delay fines imposed on the detained ships, which amounted to $47 million dollars until the end of September 2020.

The letters also included the briefing of the arbitrary measures by the Saudi-UAE aggressive coalition for the detaining of two ships loaded with 16 metric tons domestic gas, under the pretext of demanding the so-called Economic Committee in Saudi occupied Aden, southern Yemen, to pay customs duties, taxes and other fees in exchange for their release. However, the Supreme Political Council’s directives to exempt domestic gas from any Customs duties, taxes, or any other fees, to alleviate the suffering of citizens due to the aggression on Yemen.

Al-Aidarous referred in the letters to the delay penalties for the two tankers carrying domestic gas, which are resulted by the prevention of their entry to the port of Hodeidah to unload their cargo. Thus, it puts a great burden on citizens in light of the difficult financial circumstances.

The letters considered the continuation of these measures as a means of causing severe supply crises in oil and gas derivatives, as well as a collective punishment by the Saudi-led coalition aggression. For several years now, the aggression has been waging an economic war against the Yemeni people.

The Speaker of the Shura Council called on the United Nations to play its role in accordance with its declared humanitarian goals, by pressing for an end to the comprehensive economic blockade, prevent the detention of oil and gas derivative ships, end any obstacles while importing any oil shipments, and to neutralize the national economy in all its fields.

Al-Mutawakel: WHO Wants to Waste Money and Grants, and Scatter Huge Budgets

Oct. 10: An Update of the Saudi Crimes, Violations in Yemen