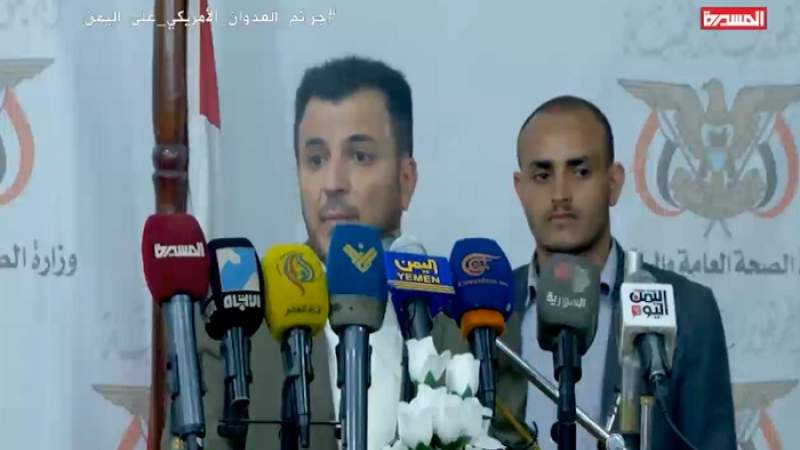 Al-Mutawakel: WHO Wants to Waste Money and Grants, and Scatter Huge Budgets

Today, Saturday, the Minister of Public Health and Population, Dr. Taha Al-Mutawakel, confirmed that children and women are the most affected by the psychological warfare and aggression, noting that international organizations waste millions of dollars without achieving anything.

During an event marking the World Mental Health Day held by the National Program for Mental Health at the Ministry of Health and Social Support, Dr. Al-Mutawakel explained that children and women are the most affected by the psychological warfare and psychological aggression.

He stressed that the international organizations that say they provide aid for psychological support have not achieved anything and they have wasted millions of dollars. He added that during his meeting with them, he rejected the continuation of this waste, corruption, and fallacies.

He pointed out that the World Health Organization wants to waste money and grants, despite that the Health ministry has presented projects and alternatives that are practical, less expensive, and more beneficial to patients.

Dr. Al-Mutawakel pointed out that Japan has provided a grant of 3 million dollars to support the field of psychotherapy, but the World Health Organization wants to waste the amount in operational expenses for its staff and to conduct training sessions that are useless and merely last for a period of two days.

Since the first crime, the Bani Hawat crime, on March 26, 2015, which was committed by the military jets of the Saudi-led aggressive coalition, and the crimes that followed, the siege and the economic war, all of this was to target the will of the people of Yemen.

However, he assured, that the Yemeni people have turned this negative energy, resulting from the inhumane policies of the Saudi aggression, into positive energy combined with effectiveness, more awareness, and rage in confronting the coalition of aggression.

For his part, Dr. Mohammed Al-Mansour, Undersecretary for the Primary Care Sector at the Ministry of Health, affirmed that the humanitarian work partners refrain from supporting the mental health sector and providing incentives and operating expenses.

Al-Mansour pointed out that the statistics provided by the Development and Psychological Counseling Organization and the European Union project in 6 districts were shocking.

“International and local organizations are invited to work in this important field, which should be placed at the top of the list for grants, funding, and support,” he said.

For his part, the Director-General of the National Program for Mental Health and Social Support, Dr. Abdul Quddous Harmal, explained that the Ministry has mandated the program to prepare an urgent response plan for the year 2020 to raise the level of services reality by 50%.

The National Delegation Holds a Series of Meetings With the Ambassadors of the EU, the Netherlands, and China to Yemen