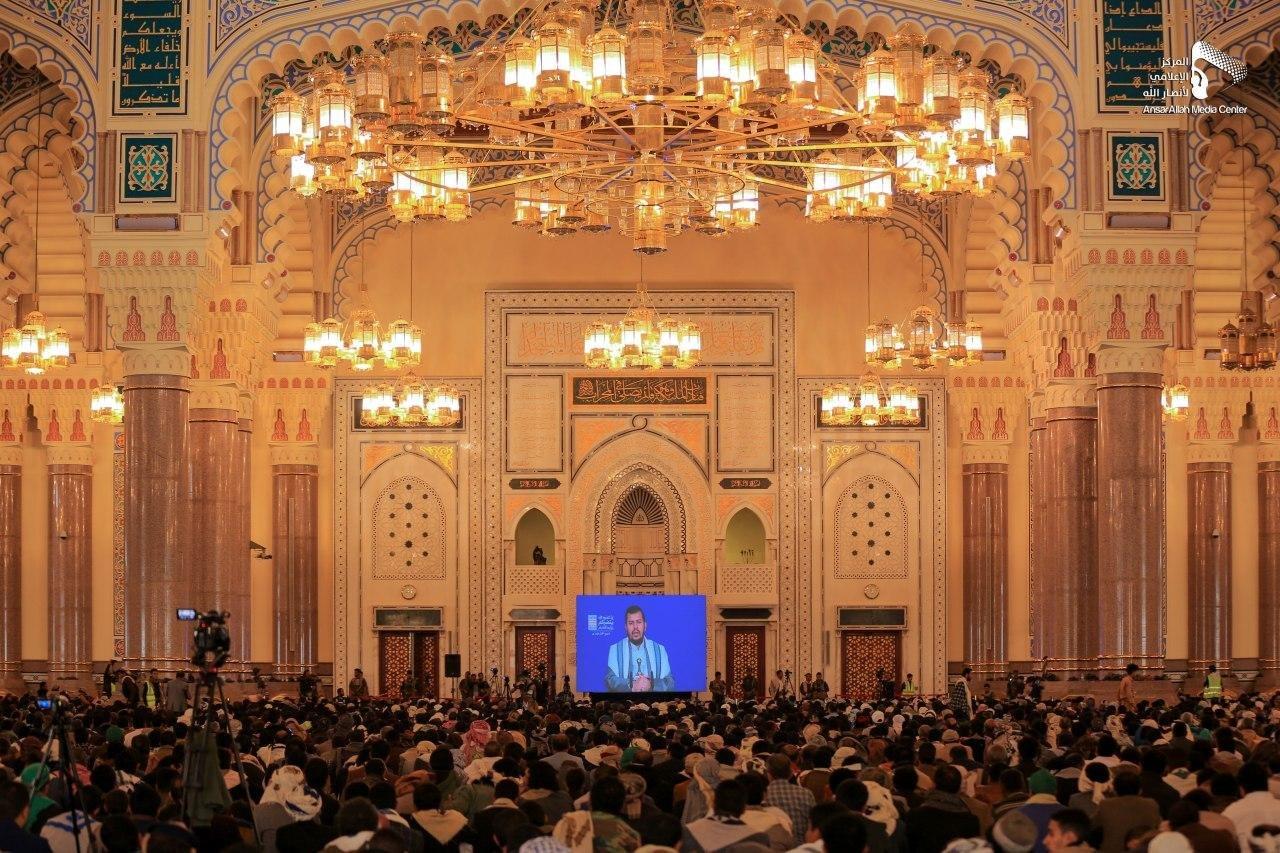 The Leader of the Revolution, Sayyed Abdul-Malik Badreddin al-Houthi, called on the Yemeni people to massively engage in commemorating the prophet’s birth (Mohammad).

This came during his speech at the extended meeting on Monday in Sana’a to preparing for the celebration of the Prophet’s birthday anniversary.

The leader of the revolution pointed out that the Yemeni people, by virtue of their faith, give special attention to the memory of the Prophet’s birth, stressing that the situation of distortion and deviation has created a large gap among Muslims and led to major problems in their reality.

Meanwhile, Sayyed responded to the French President, Emmanuel Macron, comments about Islam. He explained how France and America are responsible for the recent attack on Islam and Muslims.

“The eternal stigma that will persist in your reality is what you did during your colonization of Algeria and your continued justification for those terrible crimes,” Sayyed al-Houthi said.

Sayyed Abdul-Malik objected to France and the West in their attempt to insult Islam and the greatest Prophet. “At the same time, they defend the Zionist and prevent any offense against them,” he confronted them.

“In the West, they prepare for vice and corruption that comes with the title of freedom to offend the Great Prophet and Islam,” he said.

He stated that Trump’s boasts of his willingness to give the Zionist entity any Arab land and confiscate it as it did in the Syrian Golan show that the US is not civilized.

Sayyed affirmed that there is an explicit, clear, and offensive attack against the Prophet Mohammed, Islam, and Muslims.

He said that one of the most important causes of human suffering is what the arrogant countries practice in the West, led by the US and its tail Israel..affirming the takfiris [religious extremists] are supported by the US, France, and Western countries in order to strike against Muslims.

After 133 Days of Detention, the Arrival of a Gas Ship to Yemen’s Hodeidah Port

FM- Sana’a In A Message To Griffiths: It Is Time To End The Aggression And Blockade On Yemen