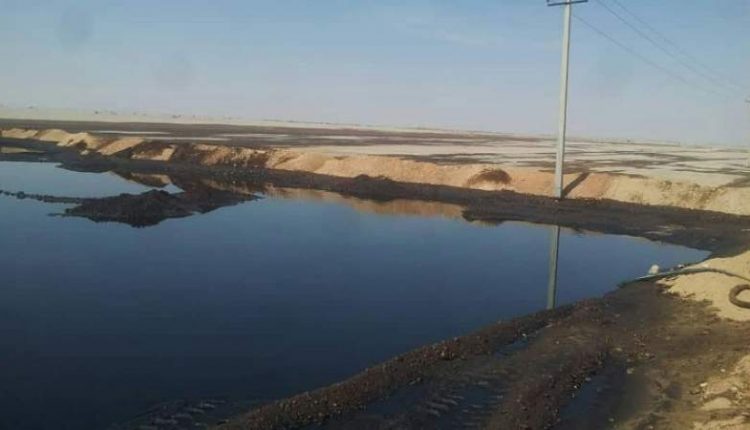 A large amount of crude oil leaked from the `abandoned pipelines in Shabwah province, eastern Yemen.

On other hand, Activists warned of an environmental and health disaster that threatens the lives of citizens in the region, as a result of the mixing of groundwater with crude oil. And They blamed “the local authorities in Shabwah “Islah Party ” for the neglect of the oil pipelines, which need urgent maintenance.