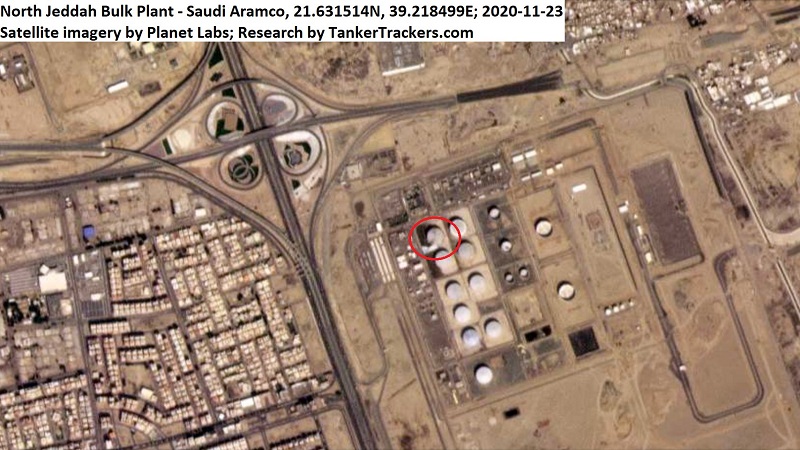 Satellite images showed part of the damage to one of the tanks in the Aramco petroleum oil station in Jeddah, Saudi Arabia, after it was targeted by a “Quds 2” cruise missile at dawn yesterday on Monday.

Several websites that share satellite images have published photos of the targeted site, which display the fire damage to one of the tanks that were targeted.

Internation webpages analyzed the Yemeni missile strike penetrated the air defenses owned by Saudi Arabia, and that the missile reached its target with high accuracy.

Moreover, Videos were shared by activists on social media of the targeted oil station, which showed the fire burning in the facility, north of Jeddah.

In a related context, the American Consulate in Jeddah urged Americans to “review the immediate precautions that must be taken in the event of an attack and to remain alert in the event of additional attacks in the future.”

It should be noted that Aramco owns two distribution stations for petroleum products in the city of Jeddah, one of which is located in the south of Jeddah inside the Aramco refinery, and the other is located in the Briman area called ‘Jeddah North Distribution’ station, which is the one that was targeted by the Yemeni armed forces.